Where the main ingredients are real people, real food and real atmosphere.

Puckett’s roots stretch way back to the ‘50s and a little grocery store in the village of Leiper’s Fork, Tenn. Ever since then, we’ve been focused on providing friends new and old with great food and Southern hospitality — and six restaurants later, that aim still rings true. Puckett’s has built a name on hosting live, local music and serving Southern staples — classics like meat-and-three items and our famous slow-smoked BBQ — in a laid-back and down-home atmosphere. If that sounds like you’re kind of place, then you’re our kind of person. 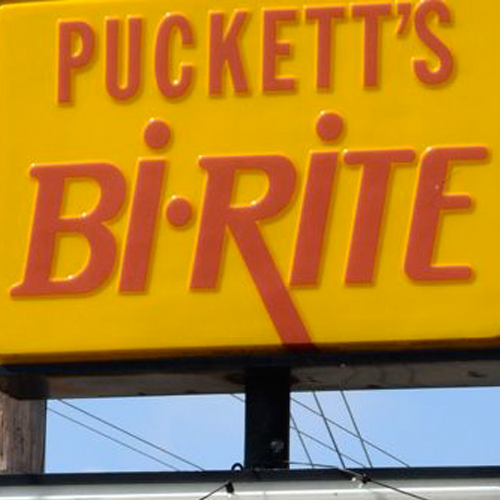 Founded by the Puckett family decades ago, the namesake country store served communities in rural Tennessee for years. It was a place to grab the week’s groceries or a fill a tank of gas — but it was also a gathering spot in Leiper’s Fork for many decades.

Andy Marshall grew up in the grocery business. When he launched his own career in the industry at the age of 26, it led to the entrepreneur owning several Piggly Wiggly stores across the Southeast.

In the mid-1990s, Marshall’s love of food, music and community began to steer him in a different direction. His desire was to serve one small town with just one store, where he could also offer home-cooked family recipes to the community he was serving. So in 1998, he decided to sell all of his stores and purchase a little gem in the heart of Leiper’s Fork. That gem was Puckett’s Grocery. 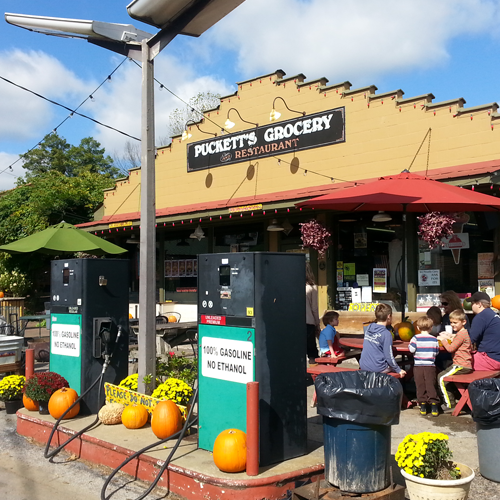 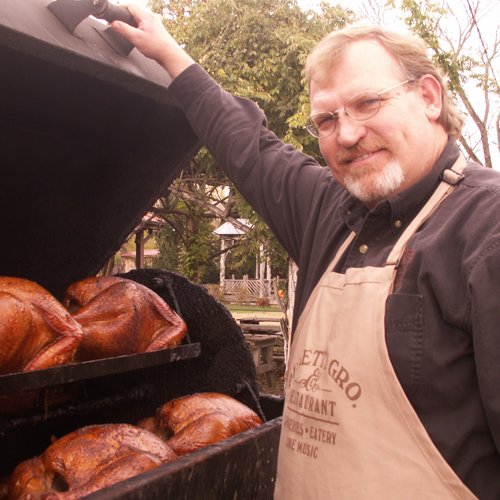 In 2002, Andy transformed the grocery into a restaurant and music venue. dining experience and music programs. The menus boasted of both the store and the Marshall’s Tennessee heritage, with Puckett’s own special spin. And though most of our friends swear by the barbecue, Puckett’s really built its name on the live talent and songwriters that began performing on the small stage. It began to not be so unusual for the comfort food to be accompanied with the guy who wrote “The Gambler” — or have Lady Antebellum appear on stage, because that’s happened too.

In 2004, another opportunity was presented to Andy: to expand Puckett’s to his hometown and the beloved community of Historic Downtown Franklin, Tenn. At the heart of Puckett’s is a desire to cultivate community and create an authentic experience for locals and visitors alike — making downtown Franklin the perfect fit. 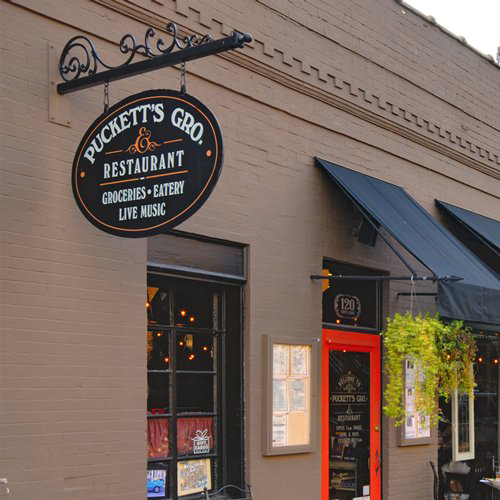 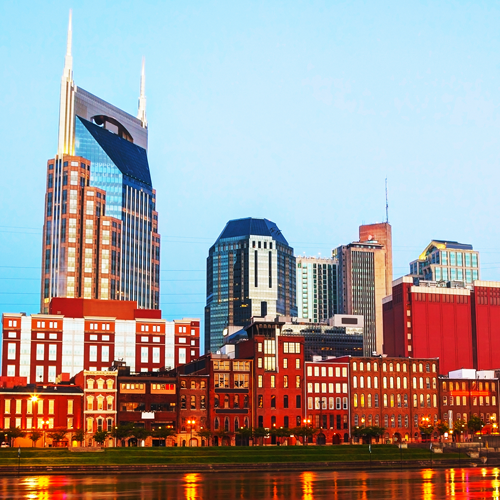 In 2010, Andy opened the restaurant in downtown Nashville. Significantly larger than the Franklin location, Puckett’s 5th & Church has a bigger stage for musicians, seats up to 150 guests, and provides a large stock of supplies and groceries for downtown dwellers. Today the Nashville restaurant has become a favorite amongst the locals as well as those visiting Music City. The restaurant serves as a sought-after destination for live music, down-home cookin’ and the quintessential Southern experience!

Puckett’s launched a food truck eatery — affectionately nicknamed Ms. Trolley Parton by her fans — in 2012, offering made-to-order bites from a renovated and historic mobile venue. All of Ms. Parton’s food comes with the special Puckett’s stamp, though some of her dishes are signature items. 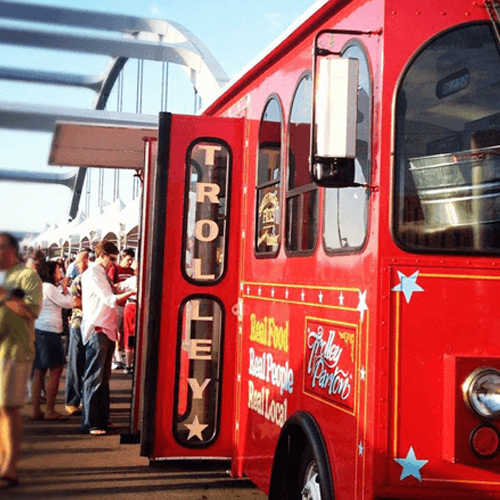 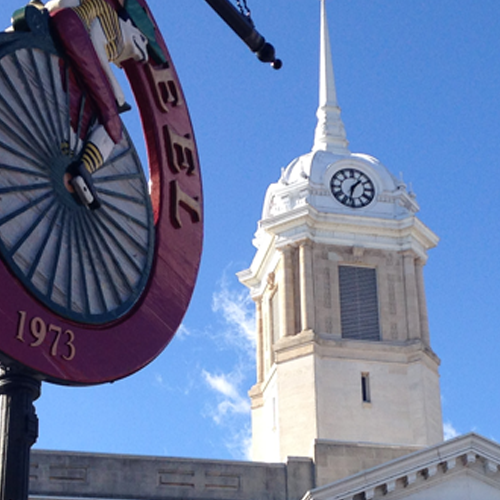 In 2013, Andy opened the third Puckett’s location in downtown Columbia, Tenn. The former factory and warehouse building measures more than 26,000 square feet, and includes a second-floor event space that exceeds 8,000 square feet. The concept for a Puckett’s on the city’s Public Square was a project several years in the making, and the three-story interior offers the same home-cooked meals and live entertainment it’s built its name on.

In 2014, Andy announced Puckett’s opening on Chattanooga’s Riverfront District, which overlooks the Tennessee Aquarium. With its strong sense of community and personal family memories—and connections—in River City, it was the ideal city for the company’s first expansion outside of Middle Tennessee. After nearly a year rehabilitating the space and working with leaders at Chattanooga’s non-profit economic development organization River City Co. to find the building, the restaurant is the largest location to date. New dishes, including the Honey Bun Bread Pudding featuring the Little Debbie® classic, were added to the menu in honor of Chattanooga. 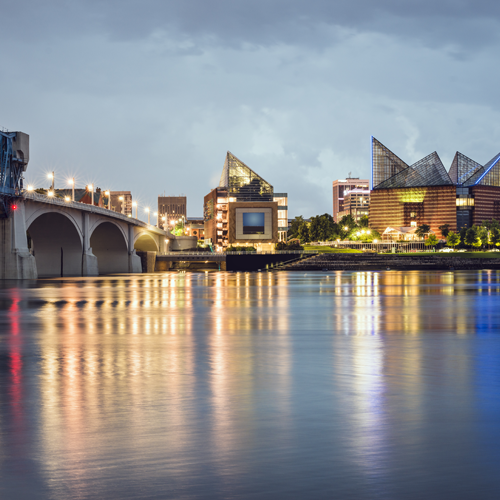 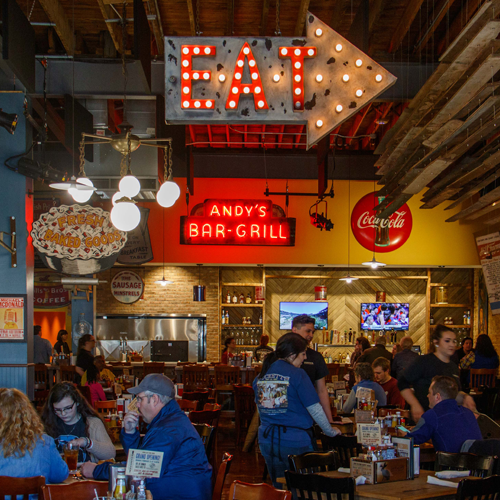 In the Fall of 2022 Puckett’s opened in Cullman, Alabama. This seventh location became the first Puckett’s outside the state of Tennessee. Although the menu still has the favorites from the Volunteer state, the restaurant has a vibe that is Sweet Home Alabama. 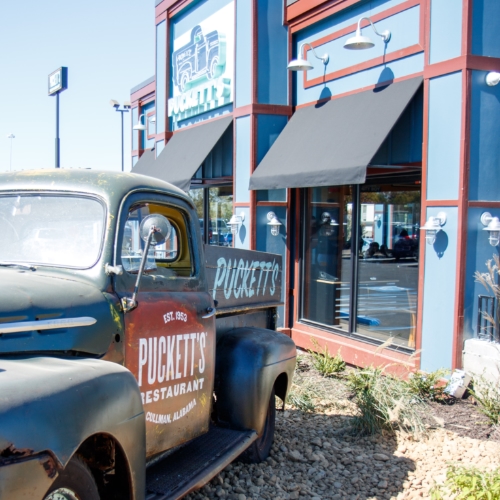