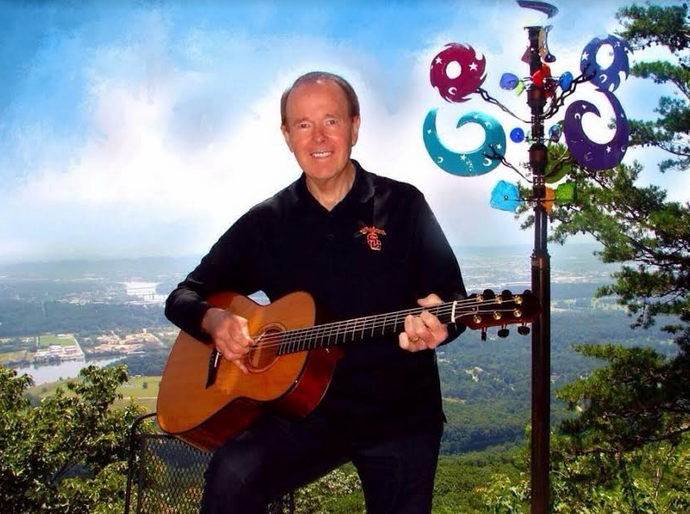 In 2014 Jerre Haskew began performing as a solo singer/songwriter act in the Southeast including a sold out show at Puckett’s Chattanooga in 2015. In his return engagement at Puckett’s on January 31 he’ll be backed on harmonies & on electric bass by Bob Wilkerson & lead electric & acoustic guitar by Alan Smolin. Jerre will be performing several songs from his forthcoming new album, “I Was So Much Older Then; I’m Younger Than That Now.”

In the early 1960’s while a student at the University of Tennessee in Knoxville He was founder & leader of the renowned Folk Group, The Cumberland Trio, which in just 16 months rose from obscurity to national prominence. In December, 1963 the Trio won the National Collegiate Folk Singing Contest 1st Prize in Jacksonville FL before 8,000 people. Beginning January they proceeded to appear on three episodes of ABC TV’s Hootenanny series which featured a Folk & Country Music who’s who list. Hootennany was the ABC network’s # 2 rated show with an audience of 11 million each Saturday night.

In April 1964 they recorded at famed RCA Studio B in Nashville produced by the legendary Chet Atkins who signed them to the label. He sent them to New York City a month later to re-record the album so it wouldn’t be viewed as country. While recording there they were signed by the William Morris Talent Agency & performed a sold out concert at famed The Bitter End where their opening act was a then unknown comedian named Bill Cosby.

They returned to Gatlinburg, TN for the summer to develop & hone their act & concert program. In August 1964 The Beatles hit the USA to tour and blew up the the Dominant Folk Era. The Trio’s album was never released & their impending tour was cancelled. The Cumberland Trio broke up and the guys went on to careers in Banking, Law, Development & Art Brokering.

But in 2000 the group reunited with a vengeance and released their RCA session as The Cumberland Trio, performed, recorded & released Reunion Concerts at the Bijou Theater in Knoxville in 2001 & 2004 & in 2013 released their New York recordings as Lost & Found- The 1964 New York Sessions. Their music is being heard and downloaded on folk & country music stations around the world, along with iTunes, Spotify, Google Play, Amazon & other streaming services.