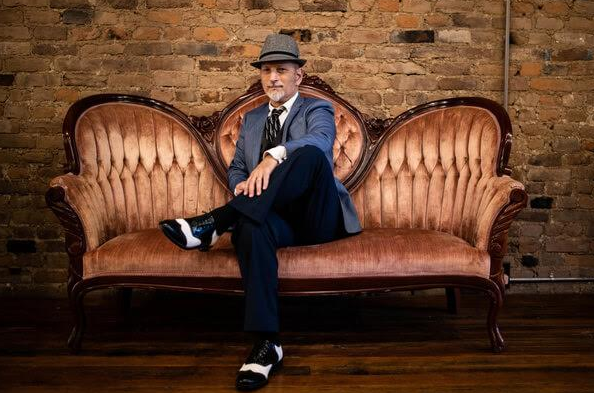 Makky Kaylor is a widely acclaimed dynamic southern soul songwriter/recording artist/entertainer with recent featured appearances on RFD-TV’s “Larry’s Country Diner” plus The Family Channel, The Country Network, Heartland and other worldwide broadcasting networks. In addition to a lifelong music career that is Beale Street brewed and Music Row crafted (an A-list session singer chosen by many of the Hall Of Fame songwriters as their demo singer, singer of hundreds of commercial jingles, and a successful songwriter), Makky currently makes his home in his beloved Columbia, TN where he recently received the proclamation “Swanky South Day/Makky Kaylor Day” which he considers an even greater honor than his long list of industry accolades. Many have called Makky “The Swanky South’s Music Ambassador of Muletown!”

Makky’s band The Swanky South Players is comprised of illustrious musicians who also play with Bonnie Raitt, Delbert McClinton, The Opry Staff Band, Olivia Newton-John, The TimeJumpers, Van Morrison and more plus have won numerous awards including Grammys. The elements of southern soul, country and jazz that make up Makky’s original “The Swanky South” trademarked sound are masterfully articulated by these incredible musicians.

Makky’s albums of note include his “Live From The Swanky South” (2020), “A Little Sentimental (A Nashville Classics Storybook Album)” (2013) and “Glad Tidings” (2005) featuring the Larry Gatlin/Makky Kaylor duet of their song “They Saw A King.”

Makky is currently working on a new album highlighting his own southern soul music which quite naturally will also highlight Columbia, TN’s unique position perfectly situated both musically and geographically between the rhythm and soul of Memphis and the cosmopolitan twang of Nashville in its heyday. Southern soul royalty and Opry staff drummer Mark Beckett will co-produce the exciting upcoming album as Makky continues to wave the banner as “The Swanky South’s Music Ambassador of Muletown!”