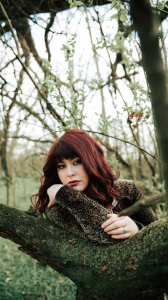 MEREDITH JOI was in her teens when she discovered her life’s passion in a small town 90 minutes outside of Nashville, Tennessee. Listening to the radio, her love for artists such as The Cranberries, Jewel, and Alanis Morissette laid the foundation for her to confidently develop a rich and unique Americana style.
While attending Middle Tennessee State University, she found success as a songwriter when one of her songs was selected by a panel of music industry professionals to be recorded. This was inspiring as she would now be seeing the fruits of her labor come to pass by having her song recorded in Nashville, TN; the music capital of the world.

Frequently writing with other Nashville artists, she now travels wherever her music beckons. Her focus is to stir and inspire an audience with memorable melodies adorned with original, compelling and amorous lyrics which captivate each and every listener.

Austin Tyler Jones is a singer/songwriter from the sweet small town of Columbia, TN, with a stylish mix of folk, rock, and soul. He has Lyle Lovett’s swagger, and Costello’s boyish good looks. I once saw him hoist a bus full of young school children twenty feet into the air, and he’s only six feet tall! Truly, he is something special to behold. 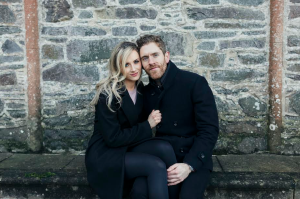 ‘KIRWAN The Band’ are the newest and hottest Country Pop Music Duo out of Nashville TN.

Recently married Irish husband and wife duo ‘Colm and Caitriona Kirwan’ are two of Irelands most exciting and prosperous upcoming stars on the music scene. Both born and raised in the north of Ireland, County Tyrone and County Down, they met and fell in love in Nashville TN, where they are now still currently based.

Both singer/songwriters met as solo artists, Colm predominantly in Celtic Country music and Caitriona in Pop music (artist name Triona), but God and love had other plans. When marriage was on the horizon they decided to combine their talents and musical styles and creatively begin working as a Pop Country Duo…. KIRWAN The Band.

They are influenced by their Irish traditional roots but equally vast varieties of music ranging from Country, Folk, Musical Theatre, Pop and Rock which they grew up listening to and performing. Collectively they have performed or worked with artists such as Don Williams, Van Morrison, Andrew Lloyd Webber, Daniel O Donnel, Joey and Rory, George Jones, Ray Price, Collin Raye, Joan Armatrading, Westlife’s Brian McFadden, whilst also collaborating and writing songs with some of the biggest hit songwriters in Ireland and Nashville’s songwriting community.