We’re thrilled to have Craig Campbell & Adam Sanders take the Puckett’s stage for our next Hitmakers show on February 22nd!

Grab your Hitmakers ticket before we sell out, and enjoy an unforgettable night of live music on the Square in Downtown Columbia! Stay tuned to our Facebook page for more Hitmakers news. 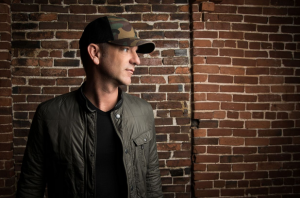 Long praised as a modern link to the traditional values of Country’s past, Campbell’s been waiting to release a new collection of music for five long years – and now that wait is finally over.

Packed with all the down-home charm and up-town talent both fans and critics have come to love, Campbell’s patience has paid off in the form of seven diverse tracks – including the hit singles “See You Try” and “Outskirts of Heaven.” Taken as a whole, the project does more than just build off Campbell’s earlier success. It cements his status as a steady-handed star in the current era.

Growing up in the small town of Lyons, Georgia, a mix of musical gifts and hard work set Campbell’s path early on. After falling in love with classic Country, he played keyboards in his mother’s church and then on the road for an up-and-coming singer at the time named Luke Bryan, eventually landing a coveted bandleader gig in the famous Nashville honky-tonk, The Stage.

But with easy charisma and smooth, expressive vocal chops, Campbell was soon noticed, leading to a string of singles and two albums which earned comparisons to neo-traditional icons like Alan Jackson and Randy Travis.