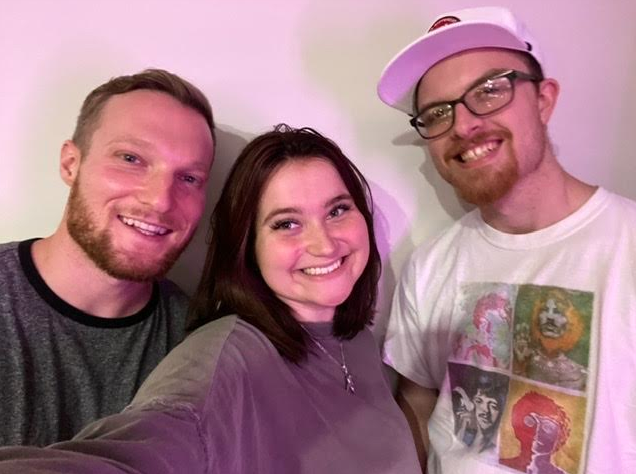 Matt Borders
Nashville-based artist and singer/songwriter, Matt Borders is one of the newest talents to break into the Nashville music scene. Born and raised in southern California, Matt developed a love for music at an early age. He began studying classical music in his teens and was the frontman for a pop/punk band that played shows throughout California. After attending the famed music festival “Coachella Fest” in 2015, Matt would be inspired to launch a solo music career. Under the stage name “Matty Fees” he has released 30 songs across a wide range of genres. So far, his music has accumulated over three million views on YouTube and over one million plays on major streaming services.

Sela Bruce
Sela Bruce is an American artist and songwriter, from Nashville, TN. After self-releasing her debut EP – Power – at 16 years old in the summer of 2017, Sela caught the attention of NY-based publishers The Royalty Network. Sela has spent the last 5 years working with co-writers and production teams from all over the world, writing songs for other artis ts and saving the songs that are uniquely her for herself as well as playing live shows. On all social platforms, she is claiming a sonic space for herself. Her natural versatility gives her plenty of room to evolve and with the single “Radio” she starts out deeply rooted in pop but with a gravity that defies genre and a vocal delivery that is disarming. Her vocal surprises come at you in a way that make you think they were probably a surprise to her too. …and that she might not be showing off but, simply singing.

Stephen Richardson
Stephen Richardson is a Nashville-based musician. Born and raised in Texas, he studied music at Texas State University and West Texas A&M. Stephen is a classically trained vocalist and pianist who had previously performed in operas, musicals, and most recently as a vocalist in the Nashville Symphony Chorus.