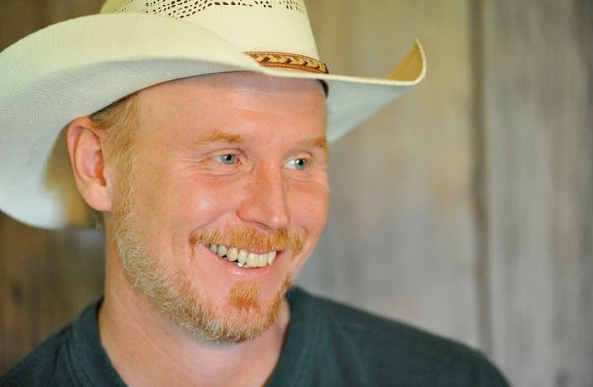 Wynn Varble admits he must have been destined for a career in country music. Wynn was raised in the small town of Ellenwood, Georgia, where music was a central part of his life. He recalls his father’s collection of country LP’s and the hours he spent listening to the legends: Merle Haggard, Hank Williams, Bob Wills, and Jimmie Rodgers, whom Wynn credits as being his primary musical influences. He says he did just about anything to hear the newest country record – even if it meant trading in his big brother’s rock albums and catching trouble for it afterwards! Wynn picked up a guitar for the first time when he was 15 and taught himself to play. He remembers picking out his first original melodies soon after he mastered basic chord progressions. The creative sparks started flying, and Wynn formed a bluegrass band when he turned 16. After graduating high school, Wynn started on the path to musical success playing the club circuit. His talent playing bluegrass landed him gigs from Austin to Ft. Lauderdale; during this time he was perfecting his style, not only as a country artist but also as a songwriter. In 1982, Wynn visited some friends in Nashville. He spent several months writing with an up-and-coming singer/songwriter named Dave Gibson. It was this collaboration that proved to be Wynn’s ticket out of the club scene and into the Nashville music community. Varble completely relocated to Nashville in 1992. Gibson introduced him to Cliff Williamson, then-director of Starstruck Writers Group, and Wynn was signed to the publisher in 1994. After Starstruck was sold to Warner/Chappell Music, Wynn joined the Warner/Chappell writing staff. Wynn had his first #1 song “Have You Forgotten” with Darryl Worley in 2003. The song was nominated for SONG OF THE YEAR by the CMA. In 2008, Waitin’ on a Woman, which Wynn co-wrote with Don Sampson was nominated by the CMA for SONG OF THE YEAR. His most recent #1, I’m a Little More Country recorded by Easton Corbin, was also nominated by the ACM for SONG OF THE YEAR. Wynn’s songs have been cut by a range of great artists, including Easton Corbin, Garth Brooks, Lee Ann Womack, Brad Paisley, Darryl Worley, Kellie Pickler, Montgomery Gentry, Jason Sellers, Gary Allan, Trace Adkins, Clint Daniels, Kevin Denney, Tracy Byrd, The Kinleys, Chris LeDoux, Danni Leigh, Mark Chesnutt and Sammy Kershaw.