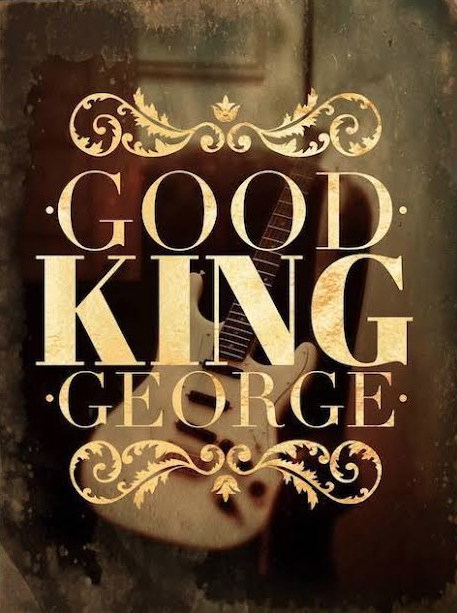 Good King George are two studio/recording veterans performing a wide variety of music from all genres. Members are Tony Wachter and George Vinson.

If you’ve turned on your radio or television in the last forty years or so, you’ve probably heard Tony Wachter’s voice. Tony has written and sung hundreds of what are called commercial jingles for clients as diverse as Home Box Office, Pizitz department stores, Dales (how do you do your Dales?), Stereo Warehouse, Hummingbird Depth Sounders and even Chevyman. He also records and produces music for many musical hitmakers such as Damon Johnson, Mason Williams, Calvin Richardson and Frederick Knight.. He has been awarded gold records for his engineering and has three Grammy nominations to his credit. He is currently recording a new solo album in his own boutique recording studio with the help of Nashville and Birmingham’s finest.. He is after all, a studio rat.

It would be no surprise if you’ve never heard of guitarist and producer George Vinson. He’s made a career of flying under the radar. Never mind he’s been playing music for dangerously close to 50 years now. He started learning guitar from his older brother at the age of 13, learning the tunes that were on regular rotation in the house; Beatles, Stones, Zep, Bowie, Queen… all these sounds and songs couldn’t be learned quickly enough. Two years later he fell in with the owners of a local recording studio in Birmingham, AL and played his first session. The hook was set. Through the decades Vinson has played live or recorded with a wide range of artists. From legendary soul singer Roscoe Robinson, the world famous Blind Boys of Alabama, Candi Staton, Chuck Berry (that’s a story for another day), Percy Sledge, and Bo Diddley, to Jon Anderson of Yes, Billy Ray Cyrus and his daughter Miley…yet through it all, he just loves all facets of music. From writing, recording, and producing…to playing shows and dates throughout the States to Japan, Jamaica, Italy and Switzerland, Mexico, a couple of Irish tours, and even a jaunt in Oman as one of the first American groups to play the Muscat Music Festival, Vinson still flies low. Since 2005, he and his family have been living in the Nashville, TN area, a dream come true since learning his first guitar chords. You can find his own releases on Apple Music, Spotify, and all the usual outlets.