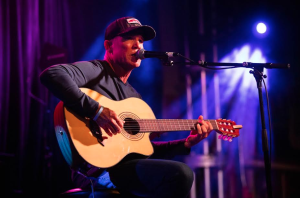 Moved to Nashville in 1991 after graduating from Elon College (NC) & playing the Northern Va. Bars long enough to know music was all he wanted to do. He chose music over “the family business” of football. His father is in Canton’s Pro Football Hall Of Fame as a multiple Super Bowl champion former GM of the Dolphins , Redskins & San Diego Chargers. His brothers are a coach & scout @ the Pro & college levels. He also has an oldest son (CJ) playing QB in The NFL. “Mom’s love for music , playing piano & singing, got ahold of me early in life”, says Casey. “I learned to best express myself by writing notes & stories to those I had something to say to”. He later in life combined making music with his story telling & next thing ya know Nashville called his heart like it does all country music artists. Beathard worked 2 jobs a day, The Country Music Hall of fame by day & The Blue Bird Cafe by night. Talk about a learning experience, these jobs were very instrumental in the networking process. Casey became a demo singer & then a recording artist on Capitol Records for a short time. Having kids & beginning to get recordings of songs he wrote made it easy to decide to just write songs. Beathard was BMI & NSAI Songwriter of the year in both ’04 & ’08. He has written songs for Kenny Chesney, George Strait, Willie Nelson, Dolly Parton, Tim McGraw, Eric Church, Trace Adkins, Rodney Atkins , Leanne Wommack, Tracy Lawrence, Tracy Byrd, Chris Stapelton, Garth Brooks, Billy Ray Cyrus, Billy Currington, Justin Moore, The Brothers Osbourne, (his son) Tucker Beathard & more. He has over 20 top 10 records including 12 #1 records. He won a Grammy for the Christian hit “There Was Jesus” by Zach Williams & Dolly Parton and has been nominated for 2 other Grammys, 1 ACM Song of The Year & CMA Song of The Year. 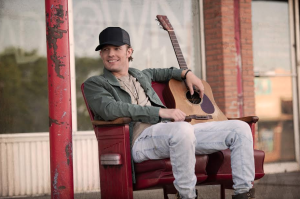 The first country artist to release a debut double album, singer/songwriter Tucker Beathard was immediately praised as Beathard “bares his soul” on the vulnerable collection that focuses on Beathard’s craft, bringing “smart pieces from a singular mind, the kind of material that comes from someone who marches to his own drum and mines that perspective for his worldview” (Billboard). Citing influences ranging from Blink 182, Kings Of Leon to Led Zeppelin and AC/DC, Beathard’s homegrown sound is turning heads. Following the independent release of “Nobody’s Everything,” Beathard signed a major recording deal with Warner Music Nashville. Beathard immediately garnered attention as “a country breakout,” (Entertainment Weekly) with his debut Top 5 breakout anthem “Rock On” and touring relentlessly including major festival including Lollapalooza, Bonnaroo, Austin City Limits Festival, Stagecoach and Faster Horses Festival, often playing upwards of 200 shows a year. Between touring, Beathard, a prolific songwriter, can be found in the studio, writing, recording, and playing his music. For more information, visit tuckerbeathard.com or follow him on Instagram: @tuckerbeathard, Twitter: @TuckerBeathard and Facebook: facebook.com/tuckerbeathardmusic.