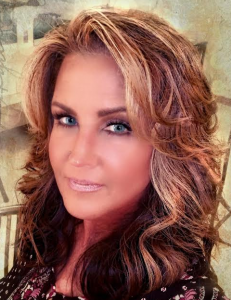 Jennifer McCarter grew up in the Smoky Mountains, surrounded by mountain music.Continuing the tradition of her musical heritage, at age 7, Jennifer taught herself how to clog and by 13, she and her sisters performed nightly at a nearby theater. Following her heart’s desire to sing, at 14, Jennifer taught herself to play guitar and her sisters joined in on harmony. While other kids her age were listening to pop music, Jennifer was in the basement of her mountain home, with a portable record player, singing along to country legends like Dolly, Emmylou Harris and Bill Monroe. This environment shaped her voice and ear for music and she grew into the unique artist that she is today. Jennifer’s passion for country music led her to Nashville. Her tenacity and persistence paid off in August of 1986 when she and her sisters were granted a live audition for Nashville producer, Kyle Lehning. That audition led to a phone call from Warner Bros. Records and by March 1987, Jennifer and her sisters were signed to the label. After charting several hits with Warner Bros., including, The Gift, Timeless and True Love and Up and Gone, (ranked at numbers 8, 5 and 4, respectively, on the Billboard charts), Jennifer became known for her superb song choices and authentically country voice. Many major artists took note of the girls from East TN, including Randy Travis and Kenny Rogers, who invited them on tour with them. The McCarters were featured often on The Grand Ole Opry and many other television shows, including “The American Music Awards,” “The Dolly Show,” “Hee-Haw,” and multiple appearances on TNN’s “Nashville Now.” After years of touring with major artists, performing in 18 countries, Jennifer has garnered a loyal following of thankful listeners who appreciate her unique ability to find songs with a great melody and meaningful lyrics. Whether performing with a full band or just an acoustic set, Jennifer McCarter is always a great entertainer and true to her country roots.