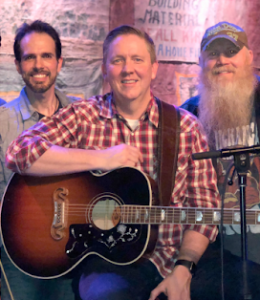 Billy Davis is a familiar and respected producer in Nashville who has toured with Alabama and many other noted performers. Born in Baltimore, Maryland the son of a Church Of God Pastor, Billy comes from a musical family that grew up singing and harmonizing. After touring America and serving as a road manager to Maria Muldaur (Midnight AtThe Oasis) in 1989, Billy chose Nashville as his future home and began receiving calls from Nashville producers to sing back ground vocals on records. He’s sang on records for Alabama, Dolly, Don Williams, Charley Pride, Randy Travis, Craig Morgan, John Michael Montgomery, Collin Raye, Sammy Kershaw, Lorrie Morgan, Chad Brock and Jeff Carson. Billy also sang on Disney’s “Oh Mickey Where Art Thou” and the “Finding Nemo Ocean Favorites” soundtracks. One of his favorite jobs was playing and si

nging on The Grand Ol’ Opry with Hall Of Fame member Charlie Louvin. Billy continues to write songs and has been nominated for 2 Dove Awards for Bluegrass Recorded Song Of The Year (Above and Beyond recorded by The Lewis Family – 2002) and Southern Gospel Song Of The Year (That’s What I Miss The Most – 2016) Plain-spoken and honest, Billy addresses the tough and not so tough issues beneath the surface of life with humor and melancholy. No matter what kind material, whether live or in the studio, singing, playing guitar or producing, one of Billy’s greatest assets is his ability to convey the emotion inherent in the music and draw the audience into it. With his latest batch of artists’ projects, Billy has re-introduced himself to the music world as an endearingly evocative singer, guitar player, and producer with a unique “artistic” approach. Phil Sweetland. 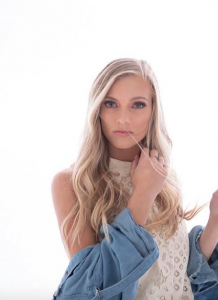 Anna McElroy is a Country singer/songwriter born and raised in Mobile, AL. She has had a passionate love for music since she was 4 years old. She was a member of her church’s choir for the majority of her life and has been performing live gig’s for 3-4 years. In October 2018, Anna attended the Pensacola Songwriters Fest and had the privilege of meeting two of Nashville’s most prominent songwriters, Keith and Adrienne Follese. She has since moved to Nashville, and works with Keith and Adrienne Follese. She has just completed filming Nashvilles Next best of 3, a musical competition where she is a judge and performs as well.

Throughout her career, she has had the opportunity to open for Country music artists such as Lee Ann Womack, Joe Diffie, Jon Langston, Clay Walker, Josh Phillips, and Carlton Anderson. Anna has also been featured as one of radio station 95KSJ’s, Home Grown Country Music artists and was chosen to perform at the iHeart Radio/95KSJ concert series for the USA vs Troy football game last Fall. AnnaMcElroy continuously has big doors opening for her and her career in Country music.