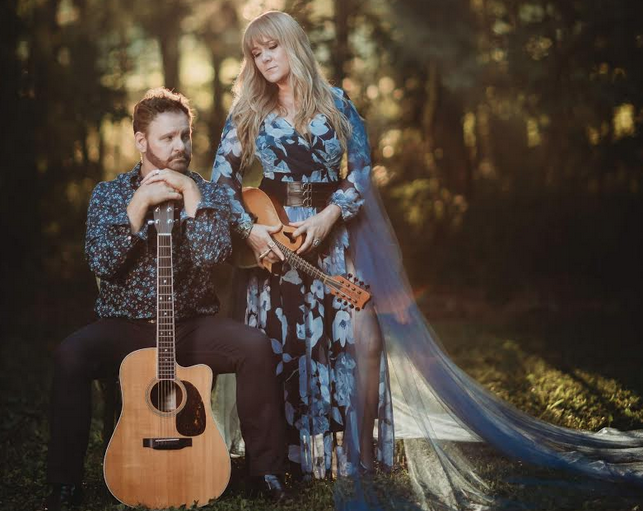 Nearly every single successful band who has ever been will tell you that the relationship between band members is very much like a marriage. When you spend hours, days, months and eventually years together, sit side by side through mile after mile as you travel the country, and watch as your creations are born and breathe the breath of life, then you pretty much have a true understanding of marriage. For Kerry and Donna Herrick, that bond was sewn with a double threaded needle being that they are, in fact, married, both literally and musically.

The lack of restrictions on their creative process has endeared them to music fans that make up a large base across the country. With so much noise in the world coming from every direction, the rise of Herrick’s music above the din is most definitely attributed to their rich melodic persuasion and signature harmonies. Their brand new album “Sunderland Road” is a masterful representation of that. The album is co-produced by Herrick, David Van Walker and GRAMMY Award-winning engineer Ron “Snake” Reynolds who has worked on 100 plus multi-platinum albums. Kerry and Donna believe Snake to be a missing link in their recording process, a new chapter to their musical story. His ability to capture all the little nuances in Donna’s extraordinary voice brings forth a monster country release worthy of the genre’s ancestors.
The first single “Some Kind Of Lonesome” will be released on January 18th, a stunning ballad that is equally as heart-wrenching as it is majestic. It’s inspiration was born out of Donna Herrick’s loss of her mother this year and the loneliness through a calendar year that feels, to many, to be the very definition of the word. The profound imagery of the music video turns many tides of the soul yet it is not without the life raft we all cling to, which is each other. “Some Kind Of Lonesome” is a brilliant prelude to the much-anticipated new album that will no doubt stand as Herrick’s tour de force.

“Sunderland Road” is slated for release in the summer of 2021.