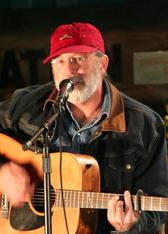 Mike “Moose” Mahaffey is a Texas born and bred songwriter living in Nashville who has been quietly and consistently building a catalogue of heartfelt, soulful songs in the Texas tradition over the last 30 years. After being touted in the late 80s by the famous Bluebird Café owner, Amy Kurland, as one of Nashville’s future hit makers, his stab at commercial hit-writing success was cut short by family necessities. Over the years he has garnered a highly respected reputation among those who are familiar with his work and has played regularly at legendary establishments like The Bluebird Café and Douglas Corner Café with the likes of hit makers Tony Arata, Garth Brooks, Dwayne Blackwell, Larry Bastian, Roger Brown, Jerry Vandiver, Bernie Nelson and Steve Leslie. He re-emerged in 2010 with the release of his The Outlaw In Me CD and more recently performed for packed houses at The Bluebird Cafe, Poor David’s Pub (Dallas) and The Haymakers House Concert Series (Nashville). His love of people, sense of humor and engaging nature lend to his ability to connect authentically and intimately with audiences. Moose is available for listening rooms, house concerts and events. 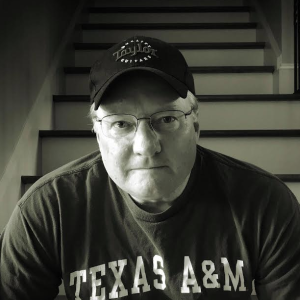 Born in Fort Worth, Roger is the son of a Menard, TX ranching family. He grew up listening to the music his mother loved, which included Bob Wills, Hank Williams, Johnny Horton & Johnny Cash, as well as big band artists such as Glen Miller, Artie Shaw, & The Dorsey Brothers. He began playing guitar and writing songs as a pre-teen, and by the time he was in high school he was performing at local talent shows & dance halls.

After graduating, he became immersed in the thriving Central Texas country music scene, and was soon discovered by Nashville’s Monument Records in 1981, leading to his moving to Music City in 1982. By 1985, he had secured his first recording of one of his songs, “Fool Fool Heart” by Tanya Tucker. This was followed by over three decades of success as a songwriter, securing recordings by a diverse litany of artists including George Strait, Tammy Wynette, Johnny Mathis, Kenny Chesney, John Michael Montgomery, Crystal Gayle, The Oak Ridge Boys, Patty Loveless, Barbra Streisand, Randy Travis, Trace Adkins, and many others. In 1996, he produced & released his own critically acclaimed EP on Decca Records, “Roger Brown & Swing City”, followed in 2000 by the indie CD “Rodeo Boogie”.

In 2003, he was nominated for a Tony Award for his two-song contribution to “Urban Cowboy-The Musical”, and in 2012 he was named the CCMA Songwriter Of The Year for his cowriting credit on “Is It Friday Yet”. His songs have been featured in numerous TV shows & major motion pictures such as “A Fire In The Sky” and “Diggstown”, and he continues to enjoy success with producing and songwriting credits in bluegrass, American, blues, country, Red Dirt, and jazz. 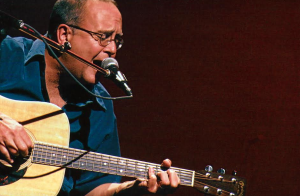 In 1986, Tony and his wife Jaymi moved to Nashville where his unique, soulful style began to get the attention of people like Allen Reynolds and Garth Brooks. Garth, to date, has recorded seven of Tony’s songs, and “The Dance” won song of the year at The Academy of Country Music and received both a Country Music Association and a Grammy nomination, as well as a most performed song in Radio and Records Magazine.

Tony is a member of the Nashville Songwriters Hall of Fame (2012). He has also had No. 1 records with “Here I Am” for Patty Loveless, “I’m Holding My Own” for Lee Roy Parnell, and “Dreaming With My Eyes Open” for Clay Walker. Other artists who have recorded his songs include Dolly Parton, Emmylou Harris, Bonnie Raitt, Trisha Yearwood, Delbert McClinton, Don Williams, Reba McEntire, Suzy Bogguss, and Hal Ketchum.

Tony has also recorded four solo albums featuring new songs, covers, and guest appearances by many of Nashville’s finest musicians as well as folks who have recorded his songs, including Garth, Patty, and Lee Roy.