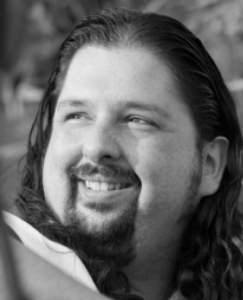 Raised in the small town of White Pine, Tennessee, Chris has been influenced by the likes of Jim Croce, James Taylor, Merle Haggard, as well as his own musical family. He made his way to Nashville where he soon landed his first songwriting deal with “King Lizard Music” that began his professional career. Since then Chris has had numerous songs recorded, most recently was his 1 hit singles with Toby Keith “Love Me If You Can”, Kenny Chesney “Don’t Blink” spent 6 weeks at number one and Montgomery Gentry’s multi-week smash “Something To Be Proud Of.” He’s also had top five hits with “I’m Tryin’” by Trace Adkins, and “Speed” by Montgomery Gentry. Other top forty singles include “Your In My Head” by (Brian McComas), “What Brothers Do” by (Confederate Railroad), and “John J. Blanchard” by (Anthony Smith). An active advocate for songwriter’s rights, Chris has traveled with other influential members of NSAI to Washington DC to help revise legislature concerning intellectual property rights. Artists who have cut Chris’s songs include Lorrie Morgan, Toby Keith, Keith Anderson, Anthony Smith, Montgomery Gentry, Sammy Kershaw, Joe Diffie, Trace Adkins, Michael Peterson, Jeffrey Steele, Confederate Railroad, Neal McCoy, Brian Mccomas, Brad Paisley, Kenny Chesney, Diamond Rio and many more.

You remember IRA DEAN as the”wild”,”untamed”,”crazy”,”energetic” bass player of the country trio 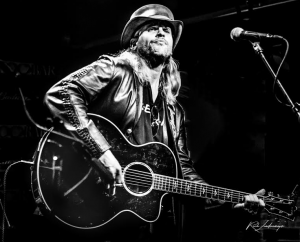 TRICK PONY but since leaving the group in 2008, Ira has proven that strength doesn’t always come in numbers….Back in 2000, Trick Pony exploded right out of the starting gate with their highly acclaimed and platinum selling self-titled CD. Huge hits co-written by Dean like “Pour Me,” and the Grammy nominated “Just What I Do,” established Ira Dean as not only the wild man with headlights in his chrome stand up bass,but as a brand new singer songwriting force and studio musician in country music. The trio won both the American Music Awardsʼ “Top New Artist” and the Country Music Association’s “Artist of the Year”. The second CD, On A Mission ,which Ira co-wrote 7 cuts including the hit single “ON A MISSION” brought five more Academy of Country Music nominations including “Album of the Year” and “Vocal Group of the Year”. Now a few years and more than 50 cuts later ,Ira is happy being “A POWER OF 1” . Ira has had songs recorded by Rascal Flatts, Joe Nichols, Chris Young, Trace Adkins, Aaron Lewis,Colt Ford, ex- pony Heidi Newfield, Jake Owen,Gary Allan,Including his hit single “FEELING LIKE THAT”, and 7 songs cut by Montgomery Gentry, Including their Hit single “ONE IN EVERY CROWD” , and Single “I’LL KEEP THE KIDS” to name a few. Ira has recorded with such greats as Hank Williams Jr., Johnny Cash, Willie Nelson, Kris Kristofferson , Emmy Lou Harris, Mel Tillis, Jamey Johnson, Montgomery Gentry,Blake Shelton, Uncle Kracker, Ronnie Milsap, Lee Roy Parnell and many more. In 2012 IRA released his first solo single titled “Somethin’ Bout a Sunday” the video was a top 10 video for CMT and GAC. In 2015 IRA DEAN released his long overdue single “Nothin’ To Do Round Here”. This song consists of an all star band. Ronnie Milsap, Lee Roy Parnell, Montgomery Gentry, Colt Ford, and Jeffrey Steele. “Nothin’ To Do Round Here” can be heard on XM SIRIUS radio , The Highway channel as we speak.This is the First Single off Ira’s first DEBUT CD “IT’S ABOUT TIME.” In 2017 the Oscars recognized Ira Dean for his work with Edwin McCain for writing and producing Edwin’s song “I’m Back” which was a Oscar pick for best original music score in a movie. Ira has been busy in 2018 in the studio playing guitars and bass on “FOREVER WORDS” (the never released works of JOHNNY CASH) Sung by Chris Cornell, Willie Nelson, Brad Paisley, Jamey Johnson, Alison Krauss , and more scheduled for release in May. “FOREVER WORDS VOLUME 2” is already in the works with Ira Dean co-producing. More from 2018. Ira wrote and produced partial soundtrack for “Under Suspicion “ a Chris Mulkey film that will be released later 2018. As we speak…..Ira dean Produced 22 tracks for the soundtrack for upcoming film which Ira Dean is also Co-Starring with Chris Rich (Reba show, Murphy Brown). The film “DEEP RIVER” is presently shooting in Sanford N.C. 2018 debut back on the RYMAN and the Grand ole Opry for the first time since Trick Pony. Ira still keeps a busy tour schedule playing all over the United States.“It’s crazy ain’t it?”, Ira says, “ But then again my life has always been crazy”.”When I first came to town I was drowning. I had this gig for $30 bucks a night and was going to go back home”. “Then I met this red headed kid bout my age, he came up to me at the club I was playing at and said”, “ Man you can stay at my place for a while”, “That red headed kid was John Carter Cash”. “My first year in town and I was staying with Johnny Cash, June Carter, and John Carter”. Ira laughs……..”God must love Crazy”

Chris and Ira will be joined by Aaron Barker tonight!