Austin Tyler Jones is a singer/songwriter from the sweet small town of Columbia, TN, with a stylish mix of folk, rock, and soul. He has Lyle Lovett’s swagger, and Costello’s boyish good looks. I once saw him hoist a bus full of young school children twenty feet into the air, and he’s only six feet tall! Truly, he is something special to behold. 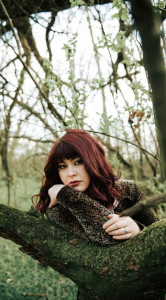 Meredith Joi was in her teens when she discovered her life’s passion in a small town 90 minutes outside of Nashville, Tennessee. Listening to the radio, her love for artists such as The Cranberries, Jewel, and Alanis Morissette laid the foundation for her to confidently develop a rich and unique Americana style.

While attending Middle Tennessee State University, she found success as a songwriter when one of her songs was selected by a panel of music industry professionals to be recorded. This was inspiring as she would now be seeing the fruits of her labor come to pass by having her song recorded in Nashville, TN; the music capital of the world.

Frequently writing with other Nashville artists, she now travels wherever her music beckons. Her focus is to stir and inspire an audience with memorable melodies adorned with original, compelling and amorous lyrics which captivate each and every listener. 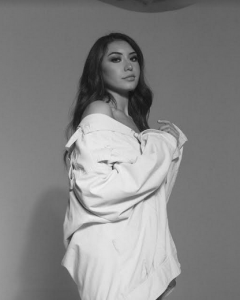 At 13, Brianna picked up a guitar and taught herself to play, and began writing songs. She’s made her way from Fort Lauderdale, Florida, to Nashville, Tennessee. Brianna started playing Honky Tonks almost as soon as she arrived, and at 14, was one of the youngest artists to ever play the clubs on Lower Broadway. At 15 years old, Brianna continued to impress music fans with solo sets and the introduction of her original music. At 16, Brianna charted #2 on the Billboard Hot Single Sales Charts with a song she had written. As she was playing original songs at a venue in Nashville, Brianna caught the eye of Rock ‘n’ Roll Hall of Famer, Jonathan Cain (Of the band Journey.) She has gotten to tour, write, and record alongside him, and is currently in the studio working on her next album. Connect with Brianna at briannaalomar.com, Instagram, Facebook & Twitter to see why more than 50,000 fans are anxiously awaiting her new release!