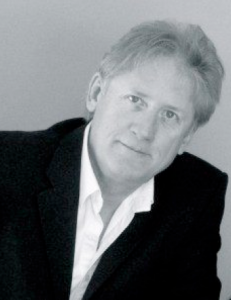 Steve Williams’ songs are featured on 3 gold records. “Where Have I Been All My Life” recorded by George Strait has been heralded as one of the most poignant songs of Strait’s career and is featured on “Twang” (2009 release). “Redneck Yacht Club” (recorded by Craig Morgan), went to #1 in 2005 and became one of the most downloaded songs of the year. ASCAP called it “The summer song of the year.” It’s popularity spawned several businesses and the official website RedneckYachtClub.com. Buddy Jewell’s debut album also went gold and features Williams’ song, “O’Reilly Luck”. His Grammy nominated song, “I Get To” (Oak Ridge Boys 2012) flew to #1 on the Christian Music Charts years earlier for Blue County and has been recorded by several artists, including Jeff & Sherrie Easter. And on the opposite side of the songwriting spectrum, “I Didn’t”, recorded by Trick Pony, Kristin Chenoweth and numerous others, is a hilarious look into a dysfunctional relationship. “A Fathers Love (the Only Way He Knew How)”, recorded by Bucky Covington, received rave reviews from country radio. And when recorded by Canadian artists High Valley a short time later, it was awarded “Song & Video of the Year” at the 2011 GMA Awards. The Oak Ridge Boys, released “What’cha Gonna Do” in 2011 as a single (It’s only Natural album) and the video is a popular hit on YouTube.com. As a performer, Steve has worked with Kenny Chesney, Tanya Tucker. Visit SteveWilliamsSongs.com for more on his music and career.