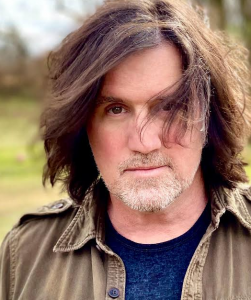 Porter Howell has helped distinguish country music through words and sound for more than 30 years. He was a founding member of the multi-platinum, Grammy-nominated vocal band Little Texas, where, as the lead guitarist, his signature slide guitar sound defined Little Texas. For the past 15 years, he has served as both a guitarist and the lead vocalist for Little Texas. Recognized as one of Nashville’s elite songwriters, he co-wrote several of the band’s hits, including “Kick a Little,” “First Time for Everything,” “My Love,” and “God Blessed Texas.” He received the CMA Triple Play Award, which honors country music’s greatest storytellers, for penning three No. 1 singles in a 12-month period.

A prolific songwriter, he also co-wrote the top-five single, “If A Promise Ain’t Enough” by Hall & Oates, and has had songs recorded by Trace Adkins, Montgomery Gentry, James Otto and many others. In addition to recording and touring with Little Texas today, the east Texas native continues writing songs and mentoring emerging songwriters. 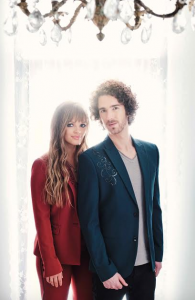 Cross Atlantic are powerhouse vocalist and songwriter Karli Chayne from Bolivar, MO and English musician-producer, James Sinclair-Stott of Huddersfield, UK. Although they grew up worlds apart, they bonded over common creative and rural upbringings after a chance meeting at Nashville’s Crema coffee shop in 2015. When they started baring their souls to one another through songwriting, they uncovered an undeniable, forever creative partnership that successfully blended Sinclair-Stott’s British rock background with Chayne’s rich heritage as a seasoned performer from the Missourian Ozarks.

Songs like the irresistible “Jigsaw Puzzle” and the romantic “Just a Word” are inspired by their own personal experiences, yet their messages feel universal. Over the last few years, their warm and ear-catching musical blend has drawn attention from Billboard, CMT, and MusicRow, to name a few.

“Jigsaw Puzzle” from Cross Atlantic is a fun twist on the classic love song. The married duo’s latest release is a fresh look on how two hearts are sometimes just meant to be together. Written by Cross Atlantic with frequent co-writer Porter Howell, a founding member, guitarist, and now lead singer of the 90’s country band, Little Texas (“What Might Have Been,” “My Love,” “God Blessed Texas”). “Jigsaw Puzzle” combines an honest and heartfelt tone in the verses with a playful shift into the chorus. Produced by Cross Atlantic’s James Sinclair-Stott along with Derek George (Randy Houser, Tenille Arts, Joe Nichols) the song has a feel-good groove and an infectious melody to go along with the quirky hook. 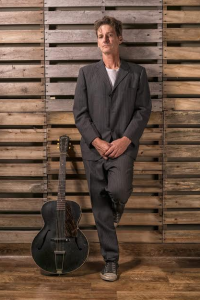