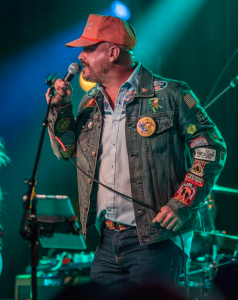 Matt Warren was born in Nashville, TN. He is a graduate of Gallatin Senior High & has a BS degree in Education from Middle Tennessee State University. He first debuted into the Nashville music scene as an artist in 1996 when he & his band, 40 East, signed a deal with the Nashville booking agency Crescent Moon Talent & began a fall tour of the southeast region. The band broke up before they could make a record. His next endeavor as an artist was with his band Papa Joe in 2001. They released their debut record, “Storybook Ending”, on an independent record label. In 2002, Warren made his professional staff writer debut onto Music Row’s elite published songwriter scene when he signed his first deal with House of Fame in Muscle Shoals, AL. Matt’s first cut as a House of Fame writer was “Puttin’ Memories Away”, co-written with Gary Allan & featured on the Oprah Winfrey show when Gary was her guest. Warren is the recipient of 2 ASCAP Awards for most spins in a year (2009, 2013). In 2009, he won the ASCAP award for the top 10 hit “Learning How to Bend”. In 2013, he co-wrote the ASCAP award winning #1 smash hit & all-time biggest selling Gary Allan single ever, “Every Storm (Runs Out Of Rain)”, which was also nominated for the 2014 ACM song of the year award. He has had songs recorded by Americana music icon Jim Lauderdale & by Pittsburgh blue collar rock legend & Bruce Springsteen co-writer & band mate, Joe Grushecky. He also co-wrote the lead single from the 2017 “Got Soul” record by Robert Randolph & The Family Band called “L-O-V-E Love Let It Do What It Do” which featured country star Darius Rucker & was a 2018 Grammy nominated record for Robert Randolph & the Family Band in the “Blues record of the year” category. Warren continues to work on his own artistry & put out his record “Self- titled” in the spring of 2014 on his own independent record label United We Jam Records with his business partners Daniel Loper & Alan Bradshaw. “Self-titled” is produced by Grammy, CMA & ACM multi-award winning musician & artist Tom Bukovac. It was tracked by Grammy Award winning engineer/producer Justin Niebank & mixed by Grammy Award winning engineer/producer Mills Logan. Matt’s band features Steve Gorman on drums (The Black Crowes, Trigger Hippy), Audley Freed on guitar (Black Crowes, Sheryl Crow), Tom Bukovac on guitar, slide guitar & keys (John Fogerty, Trigger Hippy), Michael Rhodes on bass (Ray Charles, Willie Nelson), John Lancaster on piano, Rhodes & Nord (Gary Allan, Will Hoge), Johnny Neel on Hammond B-3 & piano (Allman Brothers, Blue Floyd), Nick Buda on drums (Col. Bruce Hampton & The Code Talkers, Hank Williams Jr.), Jedd Hughes on guitar & beer (Rodney Crowell & Emmylou Harris) & Pat McLaughlin on guitar (Johnny Cash, The Subdudes). The record features vocalists Hillary Lindsey, Sarah Buxton, & Pat McLaughlin. 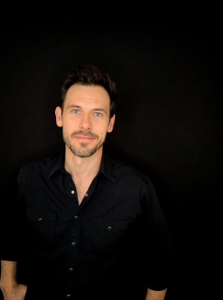 Matt Nolen, a native Texan, is an accomplished singer, piano and guitar player with a knack for studio production and songwriting. His style is a mix of Country, Rock, Pop, Blues and Gospel. Matt has been a professional songwriter in Nashville since 2005, and has been on staff with Blacktop Music, Ole Music, BMG, Still Working Music and is currently on his 3rd year with Liv Write Play music publishing. As a songwriter, he has had over 50 commercial releases, including cuts by Trace Atkins, Eric Paslay, and Tim Montana just to name a few. He has recently enjoyed the success of 3 top ten singles. in 2018, he produced the #1 single “Unbroken Horses” by Jerrod Medulla. As a musician, Matt toured with Rock ‘N Roll Hall of Famer John Fogerty, playing Hammond B3 and guitar for 6 years. One of Nolen’s strengths is his ability to adapt to different genres both in the studio and in the writing room, and has gained a reputation in the industry as a “five tool player’ having the ability to write, play, produce, perform and engineer. He has recorded 5 studio albums of his own as an artist; is an original member of the band The Beagles, and Goodfoot; a dog lover, a devout Christian, and an active supporter of St. Jude’s children hospital. He lives with his wife in Franklin Tennessee.

Matt Warren and Matt Nolen will be joined by Kyle Jacobs tonight!