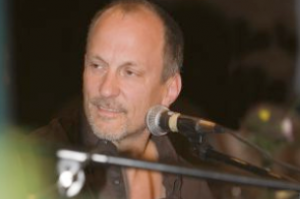 Tim has sung on over 10,000 recordings including albums by: Trisha Yearwood, Michael Peterson, Kevin Sharp, Billy Ray Cyrus and Rodney Atkins to name a few and on jingles for: Pepsi, Luvs diapers, TNN and many more. In 1997 Tim had his first success as a writer with the #1 hit by Kevin Sharp “ She’s Sure Taking It Well”, Tim scored again in 2000 with Yankee Grey and the song “Another 9 minutes” which reached #11 on the Country charts.

After 10 years Tim went back to the drums and once again is the “Singing Drummer” for some of Nashville’s most popular bands: Vinyl Radio, FAB, The Consoulers, Live From Ventura Blvd, Twelve Against Nature and Make Me Smile.