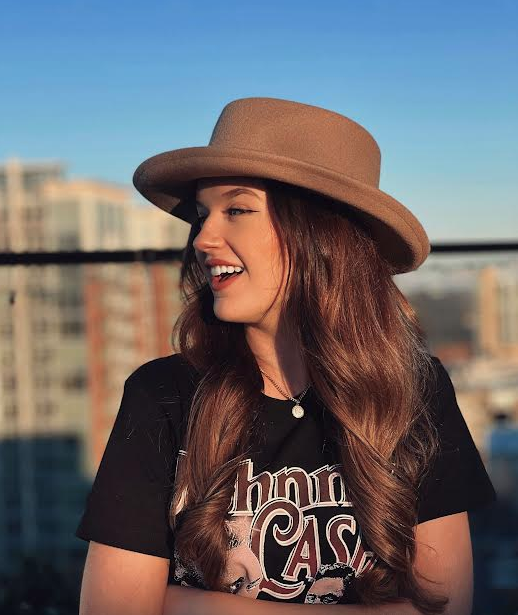 A modern country-pop artist with timeless twang, Grace West was just 12 years old when she picked up her grandfather’s guitar and strummed her first song. Music had always been a daily part of her life, from the gospel songs she sang in the church choir to the Motown classics that rang throughout her family’s Detroit-area home. Even so, something changed the day Grace began making music of her own, sparking a meteoric career that would soon see her signing a publishing deal as a teenager, relocating to Nashville shortly after graduation, and creating a sound that blended northern roots with southern living.

From Motor City to Music City, Grace’s path has been thoroughly defined by music. Her grandfather — a guitar player who loved iconic rock acts like Led Zeppelin — was an early inspiration, as were the musical theater productions that Grace starred in as a child. Coming from a long line of Detroit natives, she also felt herself drawn to Motown music, whose songs told classic tales of life and love. And then there was Nashville, a town separated from Detroit by 530 long miles, yet still near and dear to Grace’s heart from a very young age. She loved country music, and as soon as she learned her first handful of guitar chords, she was playing her own country songs at local venues.

“I was 12 or 13 years old, beginning to perform at bars, festivals, and small venues around my hometown,” she remembers. With a charismatic voice that matched the power of her songwriting, Grace West also began singing the National Anthems at the Detroit Tigers’ major-league baseball games. Performance by performance, her audience grew. Song by song, her writing skills sharpened. A series of trips to Nashville brought her face-to-face with other professional songwriters, and at 16 years old, Grace signed her first publishing deal, landing a job in the music industry while still in high school.

Now living full-time in Nashville, Grace West brings her unique background — her Michigan upbringing, her early exposure to Motown, her lifelong appreciation for the rootsy sounds of the South — to her career as an up-and-coming country star. Although still on the cusp of adulthood, she’s been writing songs for years. That delicate balance — of youthful energy and professional know-how; of country twang and genre-bending storytelling; of old-school influences like Patsy Cline and modern heroes like Kelsea Ballerini — has helped Grace West carve out her own space in Nashville. She’s focused on her future these days, but she’s proudly carrying her past with her.

“I’m making pop-country with an old-school vibe,” she says proudly, nodding to Luke Combs and other contemporary stars who’ve straddled the border between country music’s classic traditions and modern makeover. “I love bringing the elements of classic country — the foundation of the genre — into a more modern sound.”