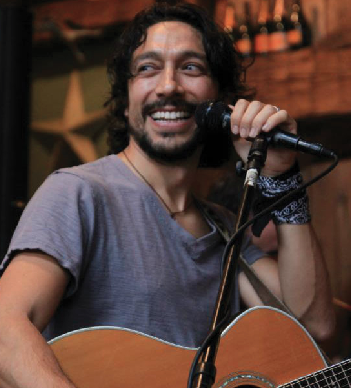 Pure heart and soul. That’s how you can best describe Hobo Cane. Born as Javier Alberto Mendoza in the state of Virginia to a Spanish mother and Mexican/American father, Javier’s love for music burned bright from a young age. He started his musical career joining Warner-Chappell as a staff writer in Miami, FL. There he spent his time writing tunes for mega pop sensations such as Enrique Iglesias, Juan David, Ricky Martin, Rosario and more. The ever-winding path of life took him to Saint Louis: City of Miles Davis, Tina Turner and Chuck Berry, where he saw musical success with his new following. In 2014 Mendoza moved to Music City, Nashville, TN where he is embarking on a project as Hobo Cane. Why Hobo Cane? “According to the critics, I’ve always been too Rock for Pop, too Pop for Alternative, too Anglo for Latin and even sometimes too Latin for Anglo. I think that’s a good thing. A hobo is a transient and migrant worker. I’ve moved from place to place all my life, and I was raised among different cultures and languages. I think my songs are influenced and enriched by that diversity. I want to help destroy the stereotype of any music. My mother’s last name is ‘Cañas’, which means ‘Canes’ in Spanish. So that’s me…. HOBO CANE.” Hobo Cane was awarded a Telly Award in 2015 for Best Original Music in a documentary called “The Forsaken”. He’s also shared the stage with the likes of Chuck Berry, Los Lobos, Willy Nelson, Great Big World and more. Most recently, Hobo Cane has found a warm songwriting community in Nashville with the Grammy-nominated Barry Dean as well as Grammy Award winners Luke Laird, Lori McKenna, and countless others. Ever the dynamic performer, Hobo Cane has also performed alongside Nashville hit makers Michael W. Smith, Jars of Clay, Chris Tomlin, and Ben Folds, in addition to securing countless television and movie song placements.