Scott Reeves brings his own award-winning country hits to the Puckett’s stage for another edition of the Hitmakers Series.

Grab your Hitmakers ticket before we sell out, and enjoy an unforgettable night of live music on the Square in Downtown Murfreesboro! Stay tuned to our Facebook page for more Hitmakers news. 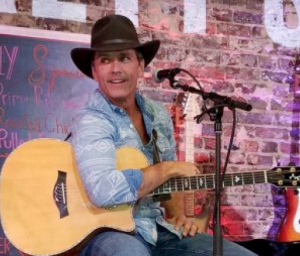 In 2011 Scott Reeves became a member of an elite group of songwriters when Toby Keith’s “Made In America” hit No. 1 on the Billboard county music chart. Working in collaboration with Keith and fellow songwriter Bobby Pinson, Reeves crafted a lyric line that resonated with the nation. The song garnered number one status on the county charts as well as a Top 40 position on the Billboard Hot 100, along with BMI award honors.

For Reeves, songwriting has become a passion, and performing country music has been a joy. In 2003 Scott and his good friend Aaron Benward formed the country duo, Blue County. Their collaboration quickly led to a record deal with Curb Records, followed by a self titled album that produced several Billboard country chart hits. In 2008 Reeves and Benward retired Blue County to focus on independent careers.

As if being an award winning singer/songwriter wasn’t impressive enough, Scott Reeves is also a very successful Hollywood actor. In 2009 he began a four year shift on General Hospital for ABC, where he played Dr. Steven Webber. Scott’s filmography also includes ten years as Ryan McNeil, a feature character on the daytime drama The Young and the Restless, as wells as roles on television series such as Chicago Hope, The King of Queens, Touched By An Angel, and Days of Our Lives.

Whether it’s playing and singing in the legendary writers’ rounds at Nashville’s Bluebird Café, performing onstage at The Grand Ole Opry, or acting for the bright lights of Hollywood, each facet of Scott’s career fills out this modern day Renaissance man.

Mark Narmore has over 80 cuts to his credit, including some performed by Josh Turner, Brandy Clark, Reba, Alabama, Craig Morgan, and many others. His hit “That’s What I Love About Sunday” was the No. 8 country song of the 2000’s, achieving gold sales status. 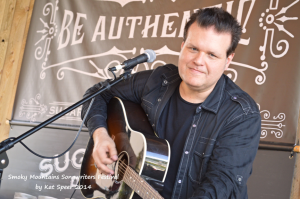 Scott, Mark and Bobby will be joined by Emily Smith!