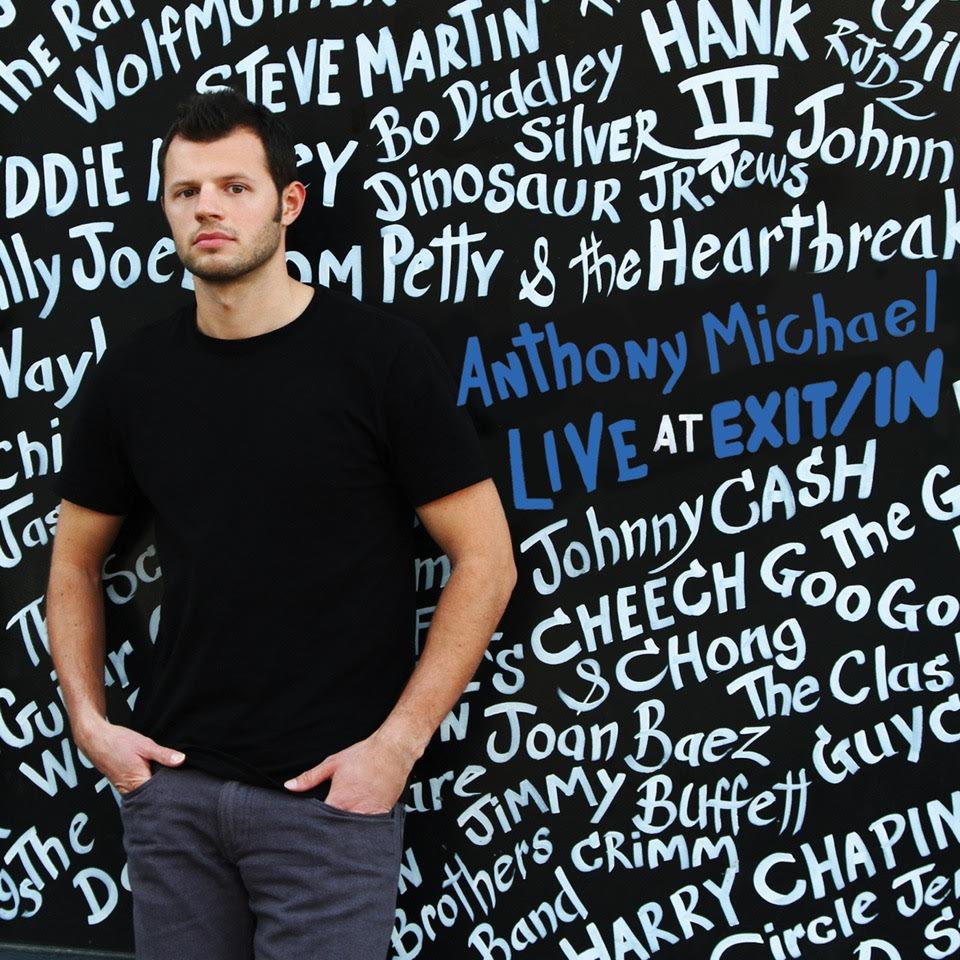 Born in the eclectic music scenes of Washington D.C and Philadelphia P.A. -then polished on the campus of the University of Tennessee in Knoxville, singer songwriter Anthony Michael combines his percussive guitar flavor with fresh songwriting to create a highly energetic and entertaining musical experience, appropriate for all ages.

Anthony moved to Nashville in the summer of 2010 to record his Debut Album”Meant To Be”with multi-Platinum sound engineer’s Jenny Rosato Lutkins (George Massenburg, Montgomery Gentry), and Grammy winning sound engineer Erik Lutkins (Tim McGraw, Faith Hill, Sugarland, and Byron Gallimore). Prior to that Anthony was the lead singer and rhythm guitarist of the Knoxville-based band Genuine Nothing, which was a staple rock band in college scene playing many clubs and venues along the East Coast from 2006-2010.

In both 2008 and 2009, Anthony gained national recognition for his songs “Take it Back” and “Swivel Stick” which were the Tennessee State Finalist in the BMI MENC John Lennon Songwriting Contest. Fueled by the success of his albums “Meant To Be” and “Live at Exit/In”, Anthony’s music endeavors continue at a high trajectory, resulting in Coast to Coast tours playing 450+ shows. His tour stops have included shows at World Famous venues in major US cities such as the Whisky A Go Goin L.A., The Bluebird Cafe & EXIT/IN in Nashville, The Bitter Endin NYC, The World Cafe Live and Tin Angel in Philadelphia, IOTA in D.C., Eddie’s Attic in Atlanta, The Parish in Austin, Le Tennessee & The Highlander in Paris, France, and island hopping shows in the US Virgin Islands. Anthony also played to the likes of 20,000 people at PELOTONIA and at THE MASTERS in Augusta, Georgia while performing at the Columbia Championship Festival. Most recently, he has Opened shows for David Nail, Chuck Wicks, James Otto, Firefall, and Chris Janson.