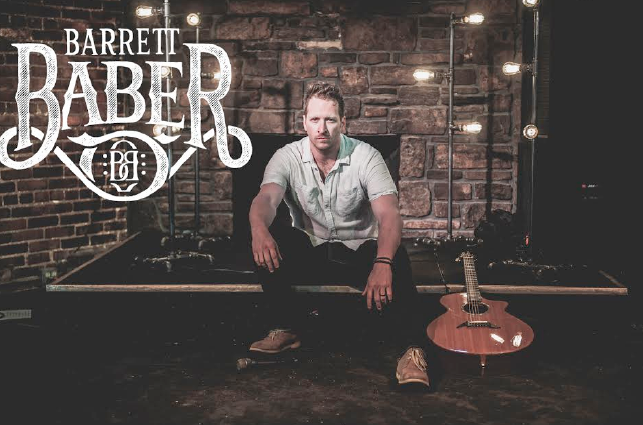 Singer / Songwriter Barrett Baber gave millions of viewers an unforgettable introduction to a rising new artist and entertainer on the country music scene when he appeared on Season 9 of The Voice. Baber consistently delivered powerful performances captivating audiences. When the dust settled, the engaging performer from Arkansas finished in 3rd place overall logging weekly top 10 iTunes performances and a #1 Billboard Music Charts single with his reinvented cover of the Country classic “I’d Just Love To Lay You Down.” Speaking of Baber, Blake Shelton said, “Barrett sounds like no one else on country radio. He can be a star in country music.” On the heals of a successful US tour, Baber’s full-length album A Room Full Of Fighters debuted in the top 10 on iTunes Top 100 Album Charts, and was featured in Walmart Super Centers nationwide as part of Coca-Cola’s Summer campaign in 2017. Baber released the single “Fight On” in April of 2018 and is currently working on a new recording project tentatively set for release in early 2019.

We don’t want y’all to miss out on the music, so when booking your online reservation for a show, please be sure to select the correct date for the show you are wanting to attend. The default setting is to automatically select today’s date. Thanks for spending your evening with us!</em