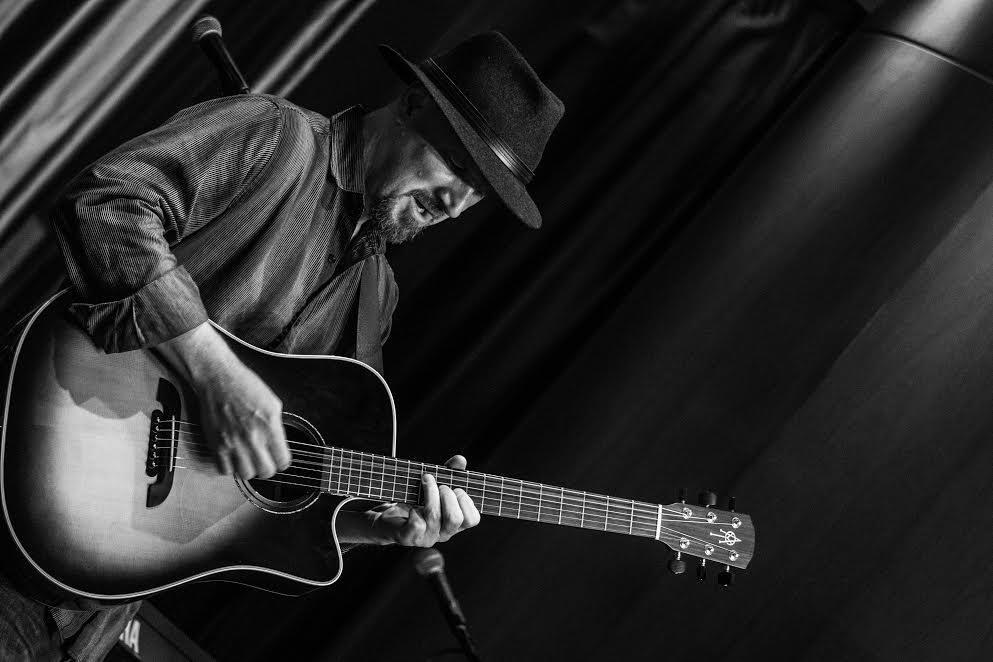 Brian Ashley Jones is a soulful singer, accomplished guitarist, and versatile Americana songwriter whose compositions have been placed in film and television and recorded by a variety of other performing artists. Jones’ songs find influence in the guitar-driven Country, Blues and Bluegrass that he absorbed in his hometown, Spartanburg, South Carolina. Based in Nashville, Tennessee, Brian performs internationally at festivals and concert series and leads seminars for music education programs, music business conferences, and NSAI chapters around the USA. Brian’s current independent release, Courier, made the Top 40 of the Roots Music Report, broke the Top 100 of the Americana Music Association’s album chart, and is receiving widespread commercial, college, public, and international radio play. The swampy instrumental “Pull ’em Up” has been featured in the widely acclaimed PBS television series “Road Trip Nation” and footage of Jones performing “Free To Miss You” live at The Bluebird Cafe has been featured in the British network television show “Amanda Holden’s Fantasy Lives”. The Brian Ashley Jones Trio showcased these songs as official performers at the 2010 Sundance Film Festival and Brian was nominated for Best American Roots Guitar Player in the Alternate Root’s 2011 Reader’s Choice Awards!