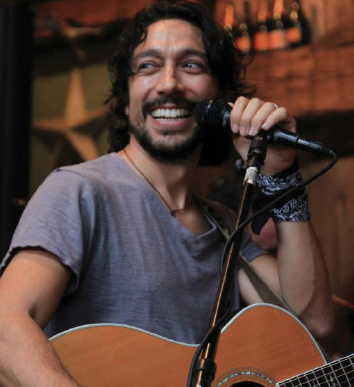 Pure heart and soul. That’s how you can best describe Hobo Cane.

Born as Javier Alberto Mendoza in the state of Virginia to a Spanish mother and Mexican/American father, Javier’s love for music burned bright from a young age. He started his musical career joining Warner-Chappell as a staff writer in Miami, FL. There he spent his time writing tunes for mega pop sensations such as Enrique Iglesias, Juan David, Ricky Martin, Rosario and more. The ever-winding path of life took him to Saint Louis: City of Miles Davis, Tina Turner and Chuck Berry, where he saw musical success with his new following. In 2014 Mendoza moved to Music City, Nashville, TN where he is embarking on a project as Hobo Cane.

Why Hobo Cane?”According to the critics, I’ve always been too Rock for Pop, too Pop for Alternative, too Anglo for Latin and even sometimes too Latin for Anglo. I think that’s a good thing. A hobo is a transient and migrant worker. I’ve moved from place to place all my life, and I was raised among different cultures and languages. I think my songs are influenced and enriched by that diversity. I want to help destroy the stereotype of any music. My mother’s last name is ‘Cañas’, which means ‘Canes’in Spanish. So that’s me…. HOBO CANE.”

Hobo Cane will be releasing his self-titled debut album on April 15th. This gem ofsongs was produced by three-time Grammy Award winner Toby Wright.Love is the central theme. “But not the romantic kind of love. I speak of the love that exists all around us whether we claim it or not. Like a tree that gives shade, whether we seek shade or not, love is always there. It flows all around us. We need not claim it, chase it, and want it. We just need to let it in. The songs speak of the obstacles we place ourselves when loving someone or something. We desire, need, hurt and hate because we, without knowing at times, we want to mold love to fit us instead of just letting it and life just be.”