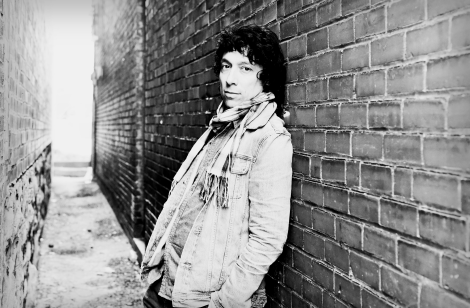 Hobo Cane’s New Album Single “Hold On To Nothing” was placed on rotation on Nashville’s Independent Radio Station Lightning 100.

In 2016 he was chosen as one of Nashville’s Lightning 100’s Independent Radio Station Spotlight Artists and Local Artist of The Week Artist in July of 2017 with song “Let Go” on rotation and again in 2019 by Lightning 100 (2016FMQB AAA Station of The Year & NAB Crystal Award Recipient).
Pure heart and soul. That’s how you can best describe Hobo Cane.

Born as Javier Alberto Mendoza in the state of Virginia to a Spanish mother and Mexican/American father, Javier’s love for music burned bright from a young age. He started his musical career joining Warner-Chappell as a staff writer in Miami, FL. There he spent his time writing tunes for mega pop sensations such as Enrique Iglesias, Juan David, Ricky Martin, Rosario and more. The ever-winding path of life took him to Saint Louis: City of Miles Davis, Tina Turner and Chuck Berry, where he saw musical success with his new following. In 2014 Mendoza moved to Music City, Nashville, TN where he is embarking on a project as Hobo Cane.

Why Hobo Cane? “According to the critics, I’ve always been too Rock for Pop, too Pop for Alternative, too Anglo for Latin and even sometimes too Latin for Anglo. I think that’s a good thing. A hobo is a transient and migrant worker. I’ve moved from place to place all my life, and I was raised among different cultures and languages. I think my songs are influenced and enriched by that diversity. I want to help destroy the stereotype of any music. My mother’s last name is ‘Cañas’, which means ‘Canes’ in Spanish. So that’s me…. HOBO CANE.”

Hobo Cane has completed his new full length record to be released in early 2019, “El Jardín” (The Garden). This is Mendoza’s best project to date, Mendoza says, “In my opinion it is the closest thing I’ve ever gotten to how I hear myself. I think the performance of each song captures the emotion of every lyric perfectly. I think the musicianship is at my best as well as the others performing in it.” This album’s sonic brilliance is due to three time Grammy winner, producer and engineer Matthew Odmark (Jars of Clay). “Matt really understood my songs and my approach to songwriting. He also squeezed the best out of me as a musician and as a singer.” Mendoza adds, “I felt rejuvenated as a writer and artist!” I am so proud of ‘El Jardin’ and I can’t wait for the world to hear it”.