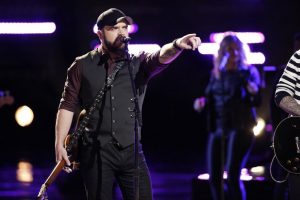 Josh Gallagher is a country singer and songwriter from Pennsylvania who now resides in Nashville, Tennessee. After an amazing opportunity in June of 2016 to audition for NBC’s “The Voice,” Josh was selected from the approximately 43,000 individuals who auditioned to be part of the eleventh season of the show. Josh’s juncture on the show sparked nation-wide support, and his talent and personality prompted viewers of the popular NBC prime time program to vote for their favorite country singer. His overwhelming support from fans across the nation, along with his true voice that included heart and soul for the music, surged the small-town boy into the Final Four. The dream-come-true journey for the singer became a ride for fans everywhere who were pulled in by his music and relatable, funny, goofy, sweet personality. Josh’s fresh vocal talent intertwined with the strong viewer support not only earned him a spot in the show’s season, but punched his ticket through the blind auditions, battle rounds, and knockouts as well as six live rounds. Ultimately, Josh finished in fourth place on the program, but not before being acclaimed by his coach, Adam Levine, and guest coach, Garth Brooks, among others. 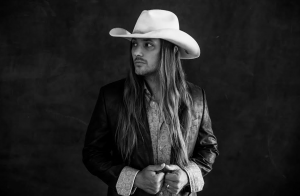 In the artist’s own words: “I come from a background of family farmers and grew up on land that my great-great-grandfather began farming more than 100 years ago. My mother’s family is also several generations of farmers. I know the hard work that goes with farming and the rewards of being a member of multi-generations of farmers. My granddaddy who just passed away farmed until the age of 85. It’s on the farm where I picked up my love for the outdoors, and you can typically find me fishing when I am not performing.

I am proud to have served in the U.S. Marines and have relatives on both sides of my family who were in the military. I am proud of that heritage, which taught me to love the land I live on, the country I live in and the family I am a part of.

God has blessed me with so much including a wonderful family and wife that encourage me and are with me every step of the way of my music journey. I am thankful to have reached so many milestones in my music career up to this point.”

Lewis Brice will be joining Josh and Adam tonight!