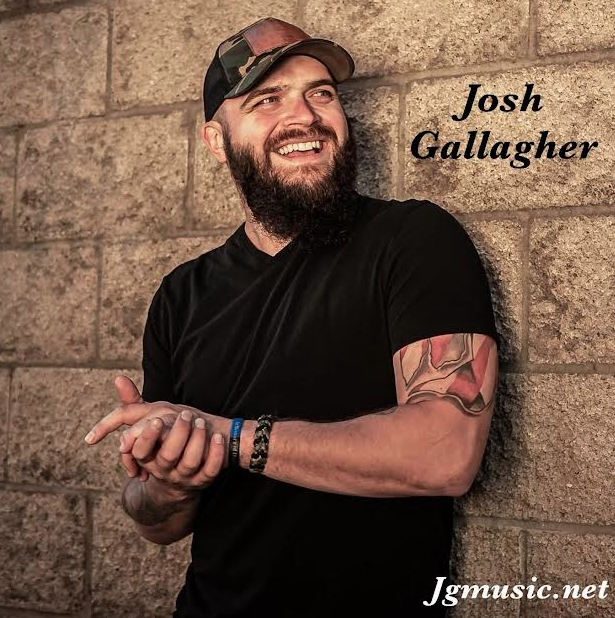 Josh Gallagher writes songs destined to root themselves inside your brain and bring you back to the first moment you heard them, every time you listen; he’s not just making music, he’s crafting memories. Doggedly likeable and unashamedly himself, the Pennsylvania native has a ‘no-bullshit’ kind of charm, earning praise from the likes of Rolling Stone, Billboard and CMT, along with some of country music’s greatest heroes. “This kid,” Garth Brooks said of Gallagher, “as soon as he opens his mouth—you believe him.”

In 2016, Josh Gallagher forced the world to rear its head on Season 11 of NBC’s The Voice, making history as the first country artist coach Adam Levine has ever led to the show’s finale. Since then, Josh Gallagher has proven he can hold his own on stage with Charlie Daniels, Rodney Atkins, Randy Houser, Cole Swindell, Lee Ann Womack, Eric Paslay, and more. In a genre with blurred lines and pandering hits running on borrowed time, Josh Gallagher has established his own distinct voice, showing no sign of fading away quietly.

Gallagher’s music video “How ‘Bout You” held the No. 1 spot on CMT Music’s 12-Pack Countdown for 5 consecutive weeks, where he was also spotlighted as a rising star through the network’s Artist Discovery initiative.

Following the May 2019 release of his debut project Josh Gallagher EP, JG brought the country music community to its knees with the fall single and music video “Boots Like Mine”. The “Boots Like Mine” video ultimately led to Gallagher breaking his own record, spending 8 weeks at #1 on CMT Music’s 12-Pack Countdown, and surpassing over 1 Million views on YouTube.

Following the enormous success of “Boots Like Mine”, Josh Gallagher proudly announced the release of his sophomore EP “Turn Around Town”, which debuted at #10 on iTunes Country Chart. Gallagher kicked off his next string of releases by partnering with Realtree Camo in preparation for his single and music video “Get Lost”, which graced the homepage of CMT.com with the video’s exclusive world premiere.

Josh’s first single of 2021 “Bright Side” was spotlighted on several of Spotify’s coveted editorial playlists, paving the way for his June 3 single “Up Right” and “Them Cans” released July 8. For more, visit www.jgmusic.net, join the Camo Crew fan club, and keep up with JG on Facebook, Twitter and Instagram.