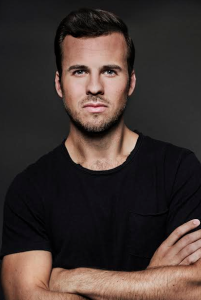 A multi-instrumentalist, songwriter, and powerful vocalist, Patrick Thomas has spent 20 years crafting a sound that can only be described as uniquely his own.

Thomas, who moved to Nashville from Colleyville, TX in 2009 to attend Vanderbilt University, was selected to perform on the inaugural season of NBC’s The Voice during his sophomore year in college. Making it all the way to the live semi-finals, his Nashville career began to take off. He quickly signed a publishing and artist development deal with Grammy Award-winning songwriter, Brett James, penning over 200 songs in his first year. Exploring a variety of styles from musical theatre, (he composed a musical entitled The Battle of Franklin that would break box office records for the premiering theatre), to pop, R&B, and country, he eventually began work on a debut album with another Grammy Award winner, producer Mark Bright. In 2017 his self-titled debut EP was released. Meanwhile, Thomas was busy touring the country with Broadway vocalist Rachel Potter, co-starring in Country Legends, a concert-style musical revue of country music through the ages designed specifically for symphony orchestras. The show toured extensively, as Thomas appeared with orchestras from Alaska to Hawaii and everywhere in between.

Thomas, often recognized for his ability to adapt and improvise regardless of genre, returned to the national spotlight when Nashville hosted the 2019 NFL Draft. As each player was selected, he wrote and performed thirty-second “jingles”, live for CBS, each tailored to the specific athlete and team.

He plays locally often, from a tribute show at the world-famous Ryman Auditorium to small, acoustic writer rounds at the neighborhood brewery, and is currently cast as Paul Simon in the US/Canada tour of “The Simon and Garfunkel Story.” For booking information and links to music and social media please visit www.patrickthomasmusic.com 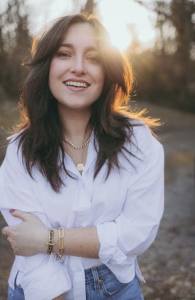 In the midst of Music Row, in a live music venue, a quiet room with some of Nashville’s biggest writers, or in a studio engineering a master session, you will find Briana Tyson. At the young age of 16, Briana and her family made the move from Southern California to Nashville after securing a record deal with Sony Records. Tyson immediately took to the Nashville lifestyle, writing music daily, building her catalogue, touring, and learning the ropes of the music industry. While she grew as a songwriter and performer, her hard work began to pay off as greater opportunities arose outside of her deal, giving her national exposure and making her a known name in Music City. On top of having been signed to William Morris Agency and securing the opening spot on tours for some of the biggest stars in country music (Blake Shelton, Vince Gill, Craig Morgan, Clint Black, and more), writing songs with the hardest hitters this town has to offer (Natalie Hemby, Luke Laird, Liz Rose, Kelsea Ballerini, Andrew Dorff, and more), she eventually expanded her craft into the world of music production, and created Breelo Music in 2016. Since then, Breelo has taken off, being a source of demo work and master session for artists like Tenille Arts, Marie Osmond, Alison Krause, Terri Clark, Reba McEntyre, as well as many up-and coming Nashville talents.

Most recently, Briana has been having success in the film and sync world, having a song she wrote, sang, produced, mixed, and mastered being placed on a CBS prime time show called “All Rise” in early 2021. With her extensive catalogue, songwriting skills, instrumental ability, and top-tier music production experience, she far exceeds the expectations of many she encounters. Her honesty and passion for music are evident with everything she creates. Although still in her 20’s, Tyson brings with her a spirit that parallels that of the most seasoned artists and creators in the business. “I will say, it’s a bit hard to become successful as a young female in this town… But I’m proud of the fact that I never listened to naysayers and just continued to do what I do,” says Tyson. “This crazy, goofy, silly, emotional weirdo is who I am, and I’m just going to make music that I love, help people make music that they love, and keep creating until I can’t anymore.” With her heart, humor, spunk, and determination, Briana Tyson is surely someone you will be hearing a lot about in the years to come. 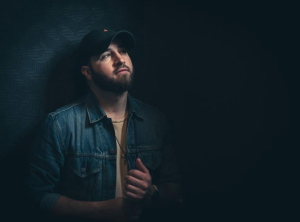 From the mountains of Virginia, with a childhood dream of being in the golf industry, Mitch found a guitar in his hands while in college, for golf! Mitch began teaching himself to sing and play in his dorm room and local coffee shop open mics, and soon found himself traveling the country playing shows. Over time, a mixed sound of blues eyed soul and modern country has come to life. In 2017, Mitch moved to Nashville, TN, and dove into the songwriting world. He plans to record and release some of these soon so be on the lookout!