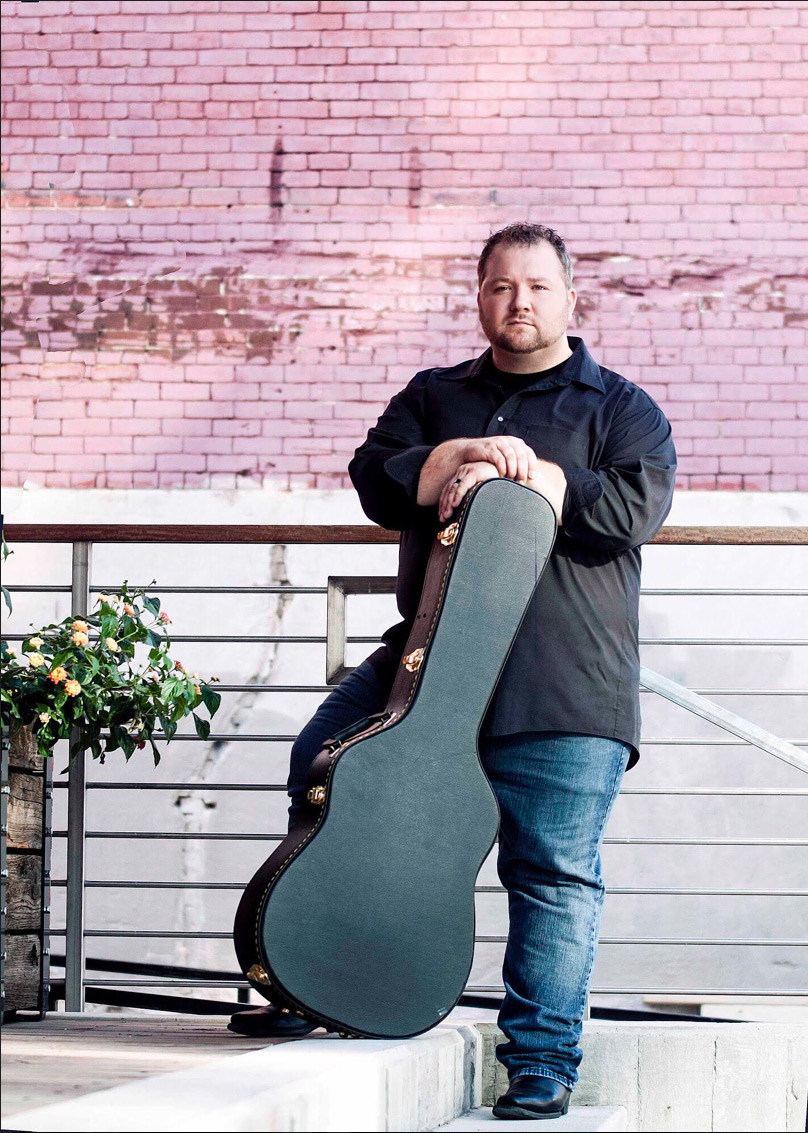 Originally from Raleigh, North Carolina, Brad began singing and playing music at the early age of just three years old. It was in those early years of his life that he began singing and playing in a little community church in Potters Hill, North Carolina. The first instrument Brad taught himself how to play was the guitar. With a little help from some local musicians, Brad continued to get better and better and would be asked from time to time to come and play publicly. Soon Brad began to experiment with the banjo and dobro as well. While attending Richland High School, he decided that he wanted to take part and join their marching band, where he would become part of the drum line. Brad would join them as they would go and march in the Kentucky Derby parade. He also worked with Nashville recording artist and chart topper Don Cox and several other bluegrass bands around the area. After the stint with Don Cox, Brad was invited to be a part of a production show on the coast of North Carolina, The Crystal Coast Jamboree, in Morehead City. While working there Brad would sing and play in the band and was also become a featured soloist performer and dancer. After working at The Jamboree for 3 or 4 years Brad went on the road with Dollywood stars and recording artist The Larkin’s. Brad traveled and played upright bass with them and also playing electric bass on their country shows. They would tour and do shows at bluegrass festivals and big stage casinos all over the country as well as performing on the world famous Grand Ole Opry. They would open up for new country artists like Eric Church, Collin Raye, and even doing shows with Dolly Parton and recording some of Dolly’s songs and doing a music video with Dolly. After graduation, Brad became an instrumentalist and singer with country music mega star Dolly Parton’s brother Randy Parton, at his music theatre in Roanoke Rapids N.C.. Later on Brad was offered a job with a national known, award winning bluegrass band Lorraine Jordan and Carolina Road. After being a big fan for years, he started traveling all over the U.S. and Canada with Carolina Road and doing several recording projects and cruises as well. He continued to work and travel with the band for almost four years. During his tenure with the band, Brad was nominated for dobro player and bass player of the year by SPBGMA. Brad moved on to explore more opportunities and moved to one of the biggest tourist areas in the country, Pigeon Forge, Tennessee, where he would begin singing and playing at the Country Tonite Theatre. While he was there, Brad was also blessed to become a part of the Dollywood family as well. In September of 2014, after marrying the love of his life and after much praying he was given the opportunity to go back out on the road touring, with Gospel greats, Gaither TV stars and Grammy nominated artists, Jeff & Sheri Easter. With them, as their drummer, Brad showed off his vocals and his good ol’ pickin’. Guitar, banjo, dobro, mandolin, fiddle, bass, you name it, he played it. With the Easters, Brad got to do a lot of great things, like play the big Gaither shows with all the gospel stars. Eventually, Brad and his wife decided to move back to TN. from Ga. to be closer to family. During this time Brad was invited to be a part of the great Country Grass project with Lorraine Jordan & Carolina Road. This project would lead to some big things like recording with some of Country music’s legends and getting to perform on stage with them as well. Some of the artists on the project are Eddy Raven, John Anderson, John Conlee, Jim Ed Brown, Lynn Anderson, Lee Greenwood, Crystal Gayle, The Kentucky Headhunters, Marty Rayon, Ronnie Reno, Jesse Keith Whitley, and T.G. Sheppard. Being a part of this great collaboration of artist and music was an incredible opportunity. Brad was able to sing and duet on the album with John Conlee on John’s big number one hit from the 80’s “Common Man.” Brad also got to sing a song he remembers his parents and grandparents playing on the radio as a young kid , the hit “Rose Garden” by the late Ms. Lynn Anderson. It’s been such a great blessing for Brad and his career to be a part of this amazing project. It also led to being able to do several new music videos in Nashville with the artists they did the project with. Summer of 2015, Brad rejoined Carolina Road to perform songs that he took part in from the Country Grass project. Along with doing this great project, when Brad moved back to TN with his family, he was contacted by Dolly and her brother Randy and also Dollywood entertainment about joining their team and being a part of a show in the park called ‘My People”, that really talks about Dolly and her life and her music career. After being a part of Dolly’s family band at her theme park in Pigeon Forge, TN the opportunity came for Brad to join hard driving bluegrass band, Sideline on Lead and Tenor Vocals and Dobro. Currently filling close to over 200 dates a year Sideline is one of the top Bluegrass bands today. Brad now resides in Seymour, TN with his wife, Crystal, and children.