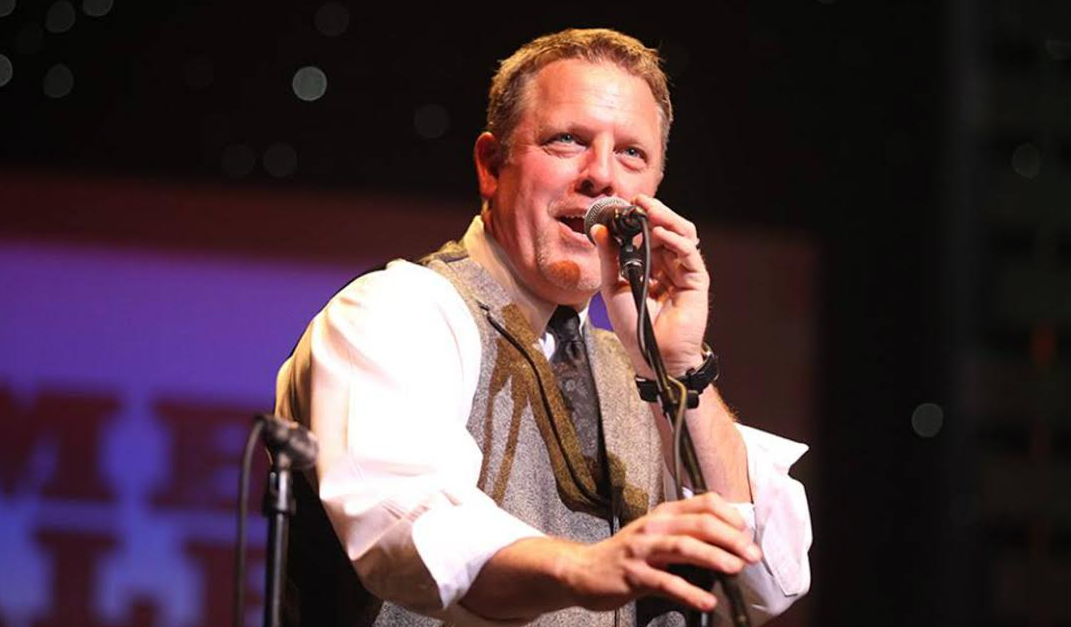 Singer and songwriter, Jimbo Whaley grew up in Pigeon Forge, Tennessee, at the foothills of the Great Smoky Mountains with music always being a part of his life. Whaley has pulled so many memories reflecting that upbringing and written numerous songs including: The Foundation, M.R.s Rolling Store, The Legend of Jack Huff, and the fan favorite, The Kings of Orebank.

Whaley currently performs with the bluegrass band Greenbrier although some remember him for his time with the band Pine Mountain Railroad which he co-founded in 1998. Whaley helped lead this band to become an International Bluegrass Music Association (IBMA) Emerging Artist of the Year nominee for two years in a row. He wrote and performed numerous songs on their chart-topping album including the title cut, The Old Radio, co-written by Roscoe Morgan. The album, produced by multi-Grammy winner Bil VornDick, stayed on the Bluegrass Unlimited Magazine’s Top 15 Album Chart for eight months and the single on the Top 30 Single Chart for twelve consecutive months.

Whaley’s songwriting has garnered him well-deserved recognition including being chosen to perform at the prestigious International Bluegrass Music Association’s Songwriter Showcase at the 2002 and 2003 IBMA convention. Add film to his credit as well, with four original tunes appearing on the soundtrack of “Bell Witch: the Movie” where he also made his film debut. The film’s premier was a red-carpet event held at the famous Ryman Auditorium in Nashville, Tennessee in September 2005. Whaley was the featured performer at this sold out concert movie premier which also included performances by the other artists on the movie soundtrack.

Performing with Jimbo at Puckett’s in Pigeon Forge will be the newest member of the National Banjo Hall of Fame, Gary “Biscuit” Davis, Roger Helton on fiddle, Scott Carris on Bass and Turner Whaley on Mandolin. The night will be filled with a lot of high energy bluegrass music with great covers and original material.