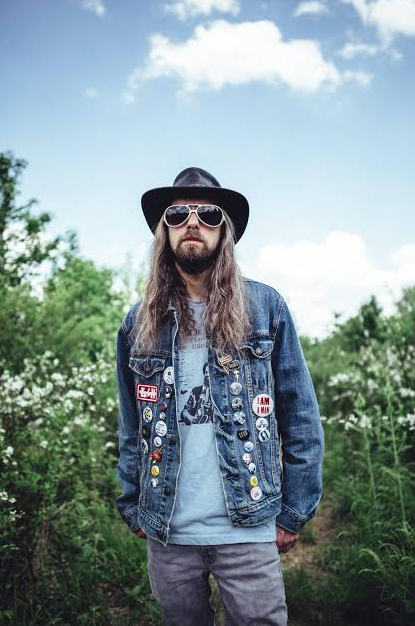 Nick Swan plays rock & roll. And country. And blues. Or, as he puts it, “American music.” It’s the music he was raised on growing up in East Tennessee. Inspired to pick up the guitar at the age of 12 by the “Grunge” acts coming out of Seattle, Nick cut his teeth on songs by Nirvana, Pearl Jam and others. But from there he looked backwards, to bands like the Allman Brothers Band, Led Zeppelin, and the Jimi Hendrix Experience. The hard-driving blues-rock of the 60s and 70s led him to discover the originals like Willie Dixon, Howlin Wolf and Robert Johnson. As with rock and the blues, Swan traveled backwards within country music as well, starting with Randy Travis and Garth Brooks. He soon found Hank Jr., Merle Haggard and George Jones, and it wasn’t long til he discovered the rich sources of Bill Monroe, Hank Williams and Jimmie Rodgers. By the time he was old enough to go college, Swan chose the University of Memphis primarily for the city’s rich musical heritage. Studying during the day, Nick soaked up everything from Elvis to Al Green at night, playing their songs and many others in Memphis clubs. He was a regular with the Carl Drew Band on Beale St., gaining valuable experience from a man four times his age. Upon graduation, Nick searched for a new challenge, and set off for New York City. Knowing no one, he worked his way up to top showcases at clubs like CBGB’s, Rockwood Music Hall, and B.B. King’s – a club he had also played at in Memphis. It was in the big city that Swan really honed his songwriting talents and began to play many solo acoustic shows. He also began doing session work as a lead guitarist at Sugarland Studios with producer Kaptain K. But after several years away from home and tired of the cold, Swan longed to fly south. Leaving the day before Superstorm Sandy hit, Swan fled the floods and returned to his home state of Tennessee. He’s spent the past several years playing in Nashville and touring across the country, both with his own band and as a “hired gun” lead guitarist for other singers. He won the 2019 Muscle Shoals Blues Challenge and represented the area at the International Blues Challenge in Memphis, TN, in 2020, playing original blues live on Beale St. to packed crowds. Now back in his hometown of Knoxville, Swan is embracing his Scots/Irish and Appalachian roots and going even further back to explore the ancient ballads of the British Isles. But at the end of the day, like legendary songwriter Darrell Scott, he don’t “give a damn if it’s rock, folk, country or blues.” If it comes from the heart and has got soul, you can bet Nick Swan will play it.