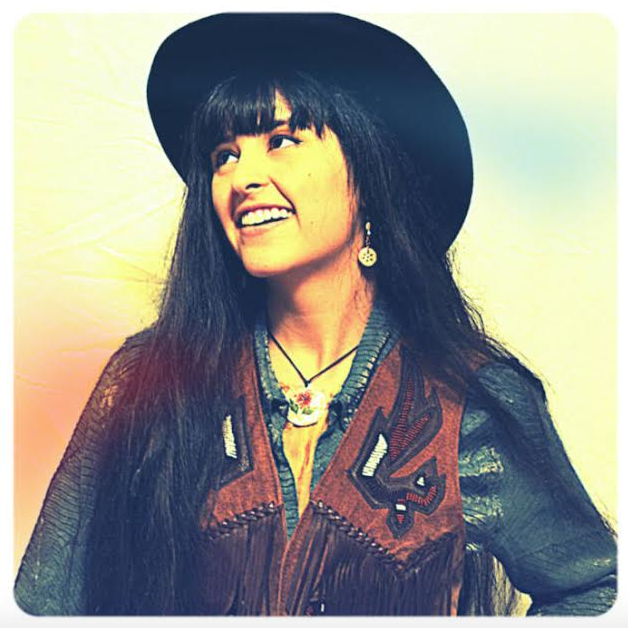 Nina Ricci, one of the new guard of the American folk revival, heralds songs of the 1960s folk movement and writes a new chapter with her own songwriter’s voice. Nina’s artfully crafted songs stand for themselves as lovable woven narratives sung with a confident air and savvy lyricism. Her onstage mien is both endearing and charismatic and she is personable on and off stage.

Nina’s journey in music is ever-unfolding. Her talent has made room for her among music artists such as Carolyn Hester, John McEuen (The Nitty Gritty Dirt Band,) and John Paul White (The Civil Wars.) She continues to surprise her peers and audiences through her unique gift of music with songs such as, “Bird on a String,” “All the Crown Jewels” (unreleased,) and, most recently, “My Head Is Full of You” (unreleased.) Her voice is often compared with Dolly Parton, Joan Baez, and Emmylou Harris, but it is clear that Nina’s timbre is of singular quality all her own. Her particular brand of finger style playing bears an essence of the folk music she adores, and her ability for songwriting, she says, is “a gift that was given innately and not acquired by effort.”

Nina has released 2 CDs, an all-original debut album called ‘Designs On Me’ (2018) and a tribute to her favorite folksinger, ‘Fare Thee Well: A Joan Baez Tribute’ (2020.)

As for her attitude toward performing, Nina says, “the audience is as much apart of the performance as she is,” a mindset she has learned is true over several years of contemplating the teachings of her former professor, Livingston Taylor (music artist, and brother of James Taylor,) who said of her:

“Nina carries onstage a level of magnetic charisma that I’ve rarely seen equaled in my twenty-five years of teaching. Nina’s focus and discipline make her impossible to ignore……liv taylor”

Nina is a graduate of Berklee College of Music in Boston, Massachusetts and a native of Nashville, Tennessee. She is currently performing at Dollywood in Pigeon Forge, Tennessee at the Stump Stage in Timber Canyon through October 30th, after which, she returns to her main mode of life performing as a touring artist at various venues in the Southeast.

Nina is actively involved with her community of fans who continually support her journeys and projects. According to all who know her, her smile is the attribute that is the most prominent. She says, as in the words of one of her favorite bands, “what I’ve got I’ll give to you.” One thing is for sure, you should check out Nina Ricci’s music for yourself and catch one of her shows in person!